Back in contest #142,we were introduced to tidal power plants in the form of the
‘Barrage de la Rance’ in France.

To refresh, tidal power plants generate energy using the motion of tides to push and pull floats which then turn turbines. Rance has 24 turbines which create a total of 240 MW, which was enough to hold the title of “Largest Tidal Power Plant in the World” for about 45 years.

Then, Shiwa Lake Tidal Power Plant was built in 2011. Shiwa was built to take advantage of a seawall gone awry. The seawall was built in 1994 to create a lake for flood mitigation and agriculture. Unfortunately, the agricultural backflush into the reservoir created a hideous pollution problem, making the water completely unfit for agriculture, as well as making for an environmental disaster. In 2004, sea water was reintroduced to flush out the toxic sludge. In 2007, someone got the idea to use the act of that flushing to create power, and the tidal power plant was born. 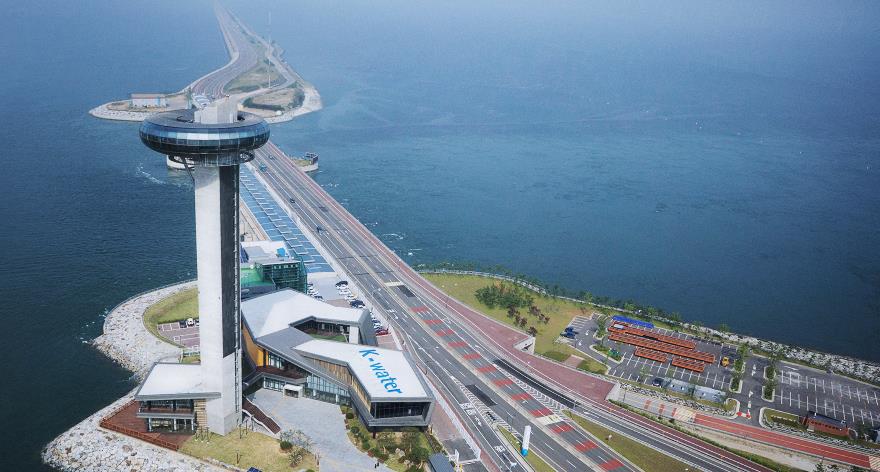 Shiwa produces about 254MW from its 10 submerged “bulb” generators.

Those who found this before the hint: