This weeks destination was on the island of Cyprus – the Cyprus Railway Museum near the town of Evrychou. This used to be the western end of the Cyprus Government Railway that went all the way to Famagusta at the eastern end of the island. The 122 km long railway ran in stages from 1905 to 1951 and was never profitable.

The museum in Evrychou opened in 2016, and an original handcar and freight wagon are exhibited in a shed outside.

Located in the center of Asmara, Eritrea’s capital city, is the Fiat Tagliero Service Station. Designed by famed Italian architect Giuseppe Pettazzi, this Futurist-style gas station was completed in 1938.

Asmara is the largest city in Eritrea and was incorporated as its capital by the Italians during their colonial rule of the African country. Pettazzi built many Art Deco buildings in Eritrea during this time, but this service station— modeled on airplane design as evidenced by its “wings”— is his most famous.

The Fiat Tagliero Service Station is a petrol station that includes a central tower with office space, a cashier’s desk, and a shop. The building’s flighty design is widely understood as a problematic nod to Italy’s Fascist history; it was built just months after the country’s airplanes dispensed thousands of sulfur mustard shells over Eritrea, killing tens of thousands of innocent civilians.

During construction, authorities attempted to convince the architect that the building’s wings required pillars, as a safety concern. Pettazzi refused to comply and went so far as to threaten the service station’s contractor and an unassuming construction worker with a handgun in a dramatic display of conviction standing atop his creation. Clearly, he felt the supports were not necessary, and he won the argument.

Pettazzi’s act is unsurprising, as architects who were too avant-garde for Mussolini’s Fascist Italy (and Europe in general) were sent to Asmara to design wildly imaginative buildings as a way to illustrate Italy’s idea of a modern city in their newly-taken territory. Pettazzi fit the bill.

A remarkable example of Italian modernist architecture, the Fiat Tagliero Service Station remains structurally sound to this day and has survived numerous conflicts and war. It was restored in 2003 and is unable to be altered by law. Thanks in part to this striking service station, Asmara was declared a UNESCO World Heritage Site in July 2017. Kansas is known as the Sunflower State so it makes sense that a painting of Van Gogh’s “Three Sunflowers in a Vase” is found in the community. But what’s unique is that the easel it’s on is the world’s largest!

This is one of a series of three – found in other sunflower producing areas in the world: Altona, Manitoba in Canada and Emerald, Australia. The exhibit is from Canadian artist Cameron Cross who wanted to put up seven, one for each of Van Gogh’s seven sunflower paintings. 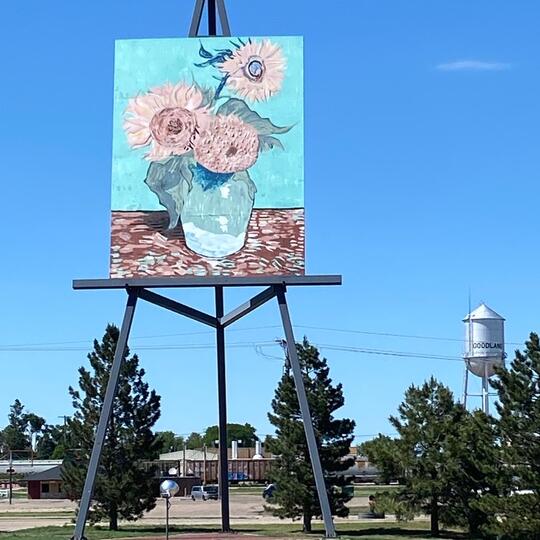 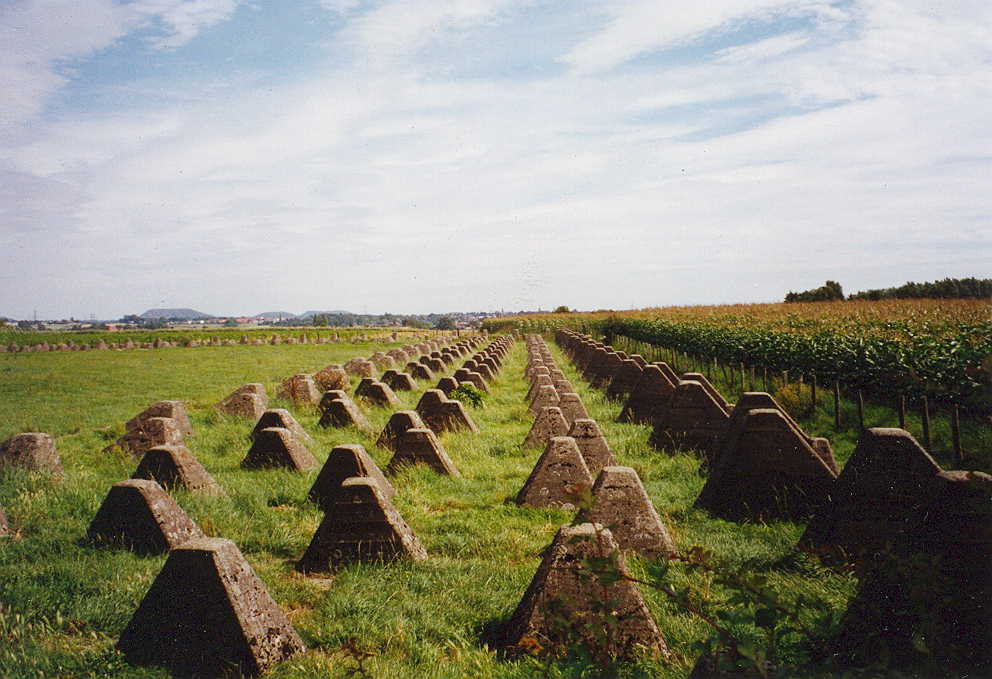 Designed to both bog down tanks, and channel them into pre-defined “kill zones”, these fortifications were part of the “Westwall” or “Siegfried Line” defensive infrastructure of World War 2 Germany. While formidable looking, Dragon Teeth were pretty easily overcome by bulldozers covering them with dirt, allowing the tanks to roll right over them. General George Patton is famously said to have said about the entire Siegfried line “Fixed fortifications are monuments to man’s stupidity.”

Those who bulldozed over obstacles and found the spot before the hint: Because of the politically derived eccentricities of the International Date Line, Howland island is the westernmost land situated east of the IDL. This puts this island and nearby Baker Island into a timezone by themselves that is 12 full hours *behind* UTC. This time zone is somethimes referred to as “Anywhere On Earth” or “AOW” — a reference to the fact that a date ends “anywhere on earth” when it ends on Howland Island (or Baker Island). The other implication of this is that when 2022 ended last Saturday at midnight on that island, it ended “anywhere on earth”.

In the mid 1930’s it was proposed to make the island a stopover for trans-pacific flights, and the US Works Progress Administration built a runway on which Amelia Erhart and Fred Noonan were scheduled to land on the day they disappeared. The navigational beacon in the picture above was built after their loss and is named the “Erhart Light”

The island remains uninhabited and is protected as a Wildlife Refuge since the 1970s.

Those who didn’t miss the island before the hint: 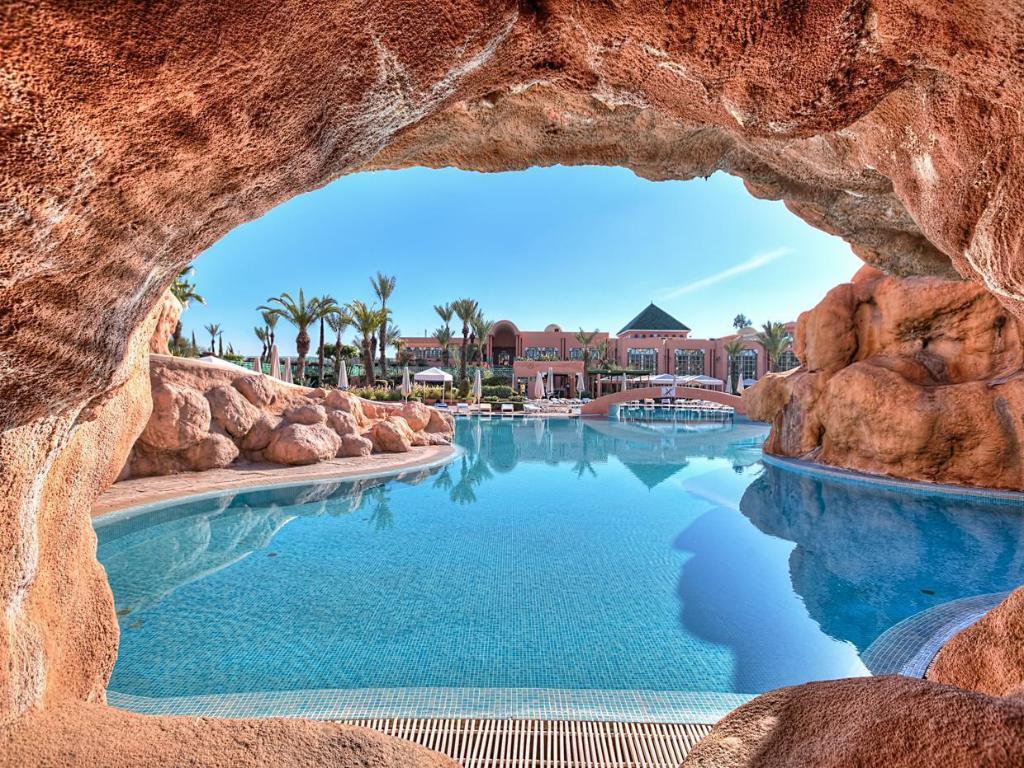 Nearby some of Marrakech’s main attractions (the football stadium, the water museum, the cactus garden, etc) this hotel exists. Yeah, honestly, that’s about all we could find out about this spot. It was chosen because we were stressed with time and looking for a spot that looked good. Sorry, sometimes we just can’t be all that informative, and this is one of those times.

Salt ponds near Siwa in northwest Egypt are colourful but are part of a salt mining operation that produces 250,000 tons of salt for various applications.

None after the hint which reflected the fact that the oasis is known to have been settled since at least the 10th millennium BC, the earliest evidence of any connection with Ancient Egypt is the 26th Dynasty, when a necropolis was established. But Siwa was also the site of some fighting during World War I and World War II. The British Army’s Long Range Desert Group (LRDG) was based here, but Rommel’s Afrika Korps also took possession three times. Siwa is also prominently featured in Assassin’s Creed: Origins – quite a wide variety of interesting facts about the oasis.

Contest 789 was the tower that hosts the Colour by Numbers permanent light installation at Telefonplan in Stockholm, Sweden. Anyone can change the colours in the tower with their mobile phone, by calling or using the app. The project is a collaboration between the architect Milo Lavén, the artist Erik Krikortz and the interaction designer Loove Broms. 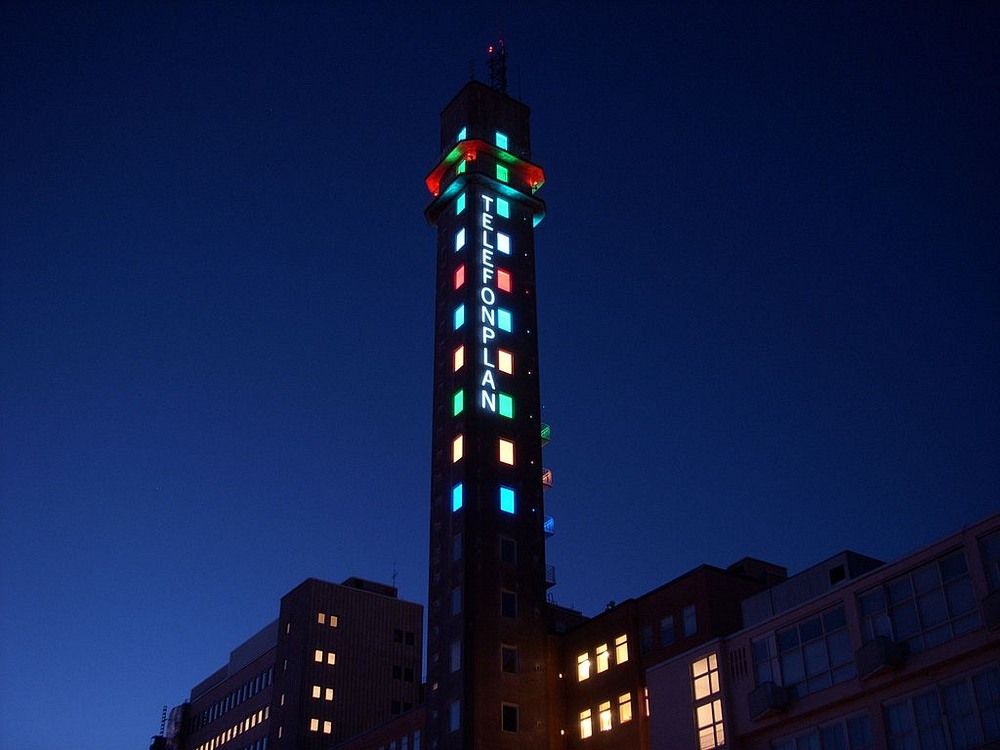 After the number to call: 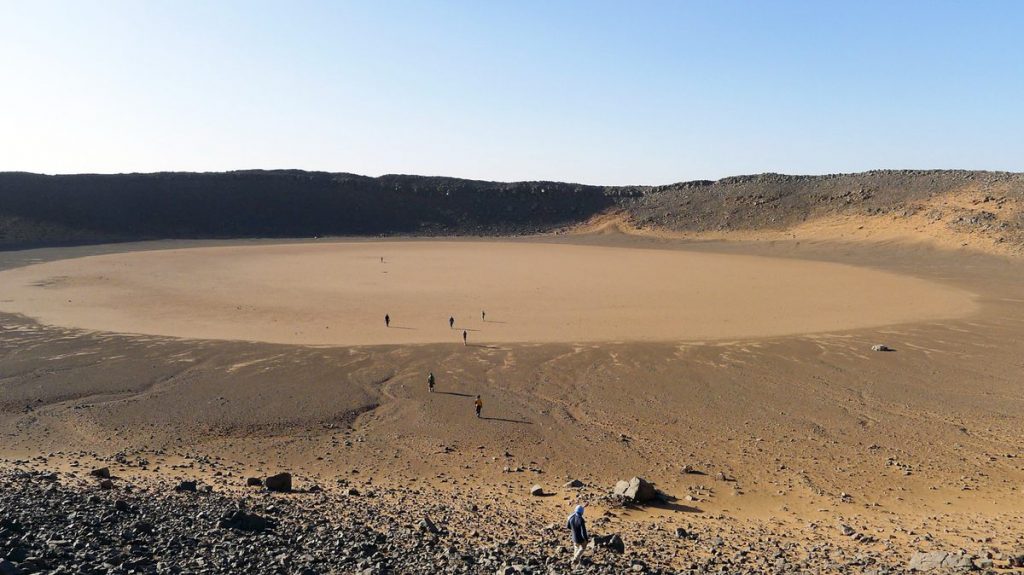 Located in the Sahara, a very long way from anything resembling a town or even a road, this impact crater was created less than 100,000 years ago, making it a relatively new blemish on the face of the earth. An indication of just how remote it is is that the first mention of it in scientific literature was a note about it being seen from a plane in 1948. The first documented visit to the crater was 21 years later in 1969.

The crater is striking in that it is almost perfectly circular.

Originally called the Pons Aemilius, this is the last vestige of the oldest Roman stone bridge in Italy. It dates to the 2nd century BCE.

Floods on the River Tiber have taken their toll on the bridge. It was repaired and rebuilt in AD 280, 1230, 1575, 1598 and 1853. The last parts connecting this structure to either side of the river was demolished in 1887 with the crossing replaced by the Ponte Palatino, which is still there today.

Those who found this relic, all before the hint were: