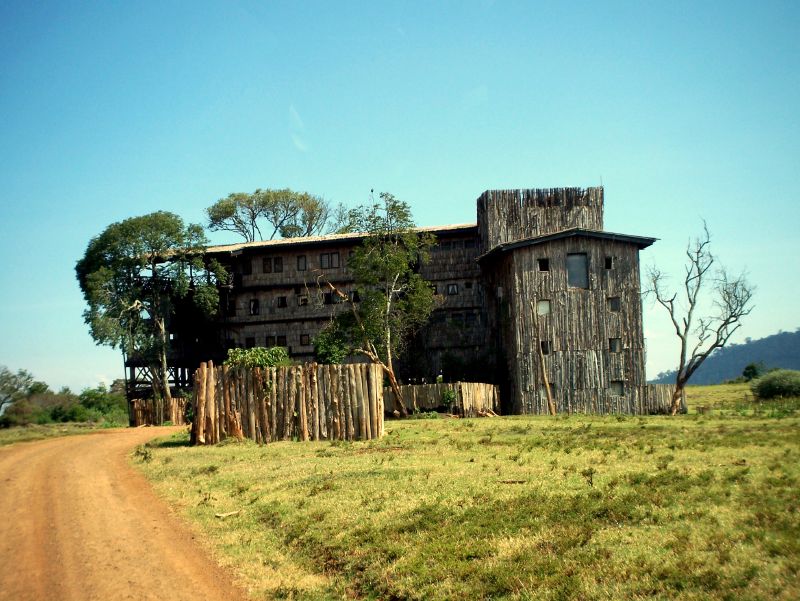 In February of 1952, the Crown Princess of England, George VI’s daughter Elizabeth, and her husband Philip, Duke of Edinburgh, were touring the British colony of Kenya as a stop on the way to a tour of Australia and New Zealand. On the 5th, they took a expedition into the countryside and after a long day of sights, stopped for the night at Treetops. Sometime that evening, King George VI passed away in his sleep, and at that moment, even though she was unaware, Elizabeth became Queen. She would not find out for almost a day, until her party arrived back at thier base in the country, Sagana Lodge.

Plot twist… This is NOT that Treetops Lodge. That establishment burned to the ground in 1957, and was quickly rebuilt across the road. You are looking at the replacement hotel.

One of our contestants, CuriousJM, mentioned that they highlighted the location in their blog, and I found it quite informative and well written — I highly suggest a peek.

Those who only thought they found this site: