The Lake Homs Dam, also known as Qattinah Dam, is a Roman-built dam near the city of Homs, Syria, which is in use to this day.

It was thought that Egyptian ruler Sethi (1319–1304 BC) built this dam but it now recognized that this structure dates to 284 AD when it was built by the Roman emperor Diocletian (284–305 AD) for irrigation purposes. With a capacity of 90 million m³, it is considered the largest Roman reservoir in the Near East and may have even been the largest artificial reservoir constructed up to that time. 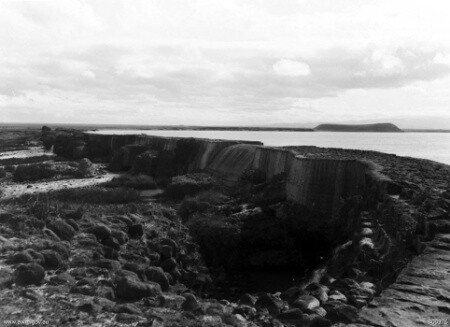 After the slightly late hint: