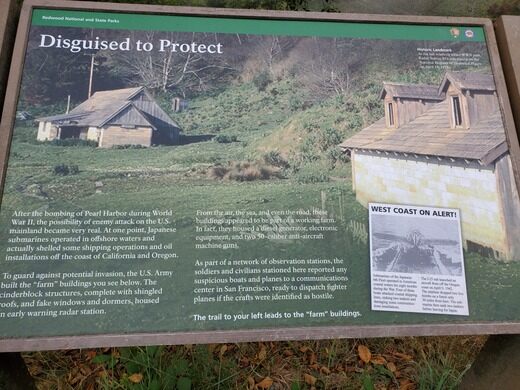 America freaked out completely after they were attacked on December 7th, 1941. The government assumed that more attacks were to follow, and they were determined that no such attack would be so much of a surprise and would be met with force.

This site in far northern California remains one of the last such emplacements still currently standing.

Those who located it before the hint: