Celebrated on December 3rd in the Navarre autonomous region in Spain, Día de Navarra occurs on the anniversary of the death of the region’s patron saint, Saint Francis Xavier.

St Francis Xavier was remarkable in how far he went to spread Christianity. His travels included significant time in India, Japan, and the island nations surrounding China. He was about to travel to China itself when he fell ill and died on December 3, 1552 on this island (which now is part of China). A chapel was built on the site of his death in the mid 1800’s and that chapel was renovated on the 600th anniversary of his birth in 2006.

One of our contestants gave us a link to the outstanding old picture of the chapel: 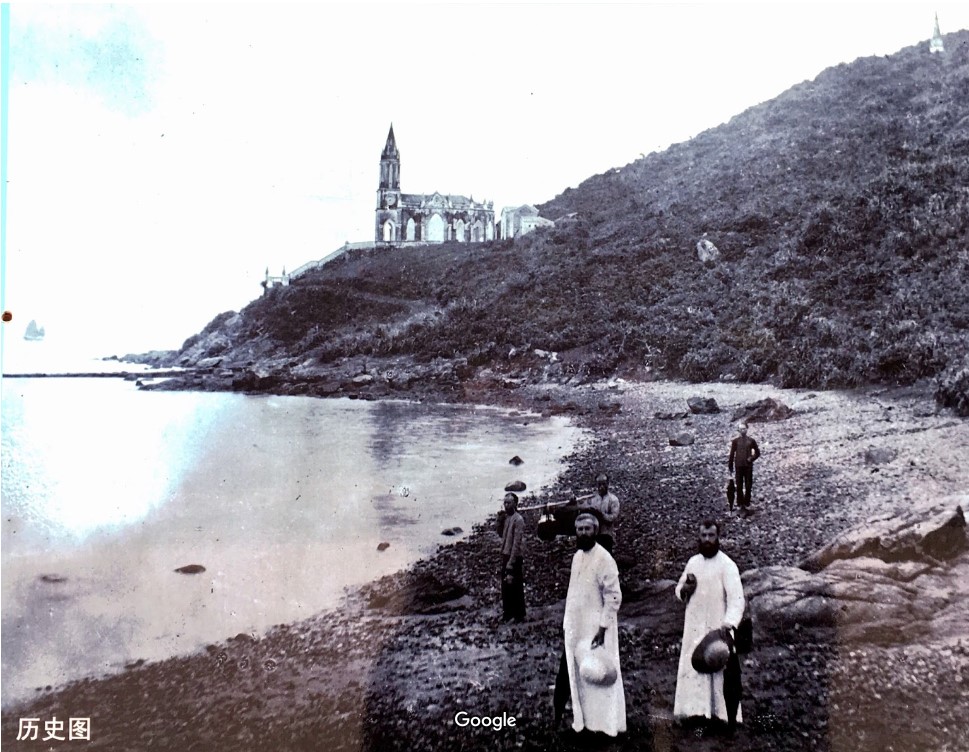 No one found the site before the hint. After the hint, we got correct responses from: