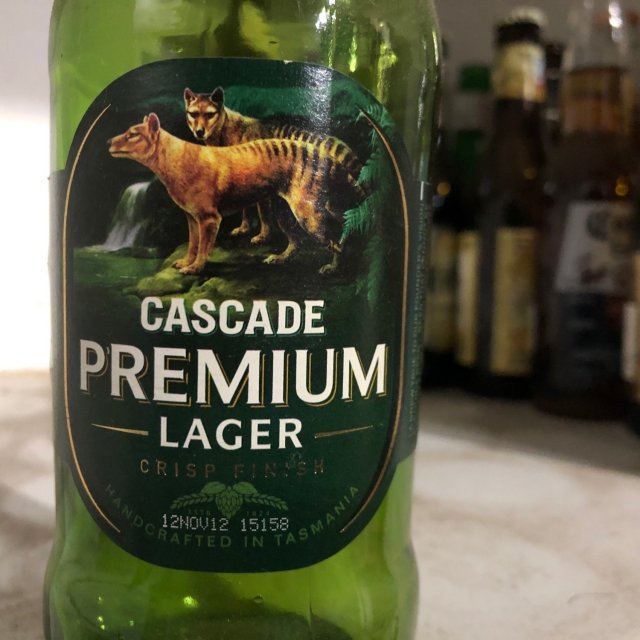 The Cascade Brewery is the oldest continuously operating brewery in Australia, or, for that matter, in the southern hemisphere. It was originally founded as a sawmill, and when the operator of the sawmill went to prison, the owner converted it to a brewery, and never looked back.

Today they produce a number of lagers, pale ales, stouts and strong ciders, as well as a number of non-alcoholic juices and syrups. Like most large scale breweries in the world, they have been gobbled up by Anheuser Bush InBev and are now operated under the Carlton & United umbrella.

That critter on the label is the Thylacine, aka “Tasmanian Tiger”. The last known live one was captured in 1933. It was one of the largest carnivorous marsupials ever recorded.

Those who threw back a cold one before the hint were: