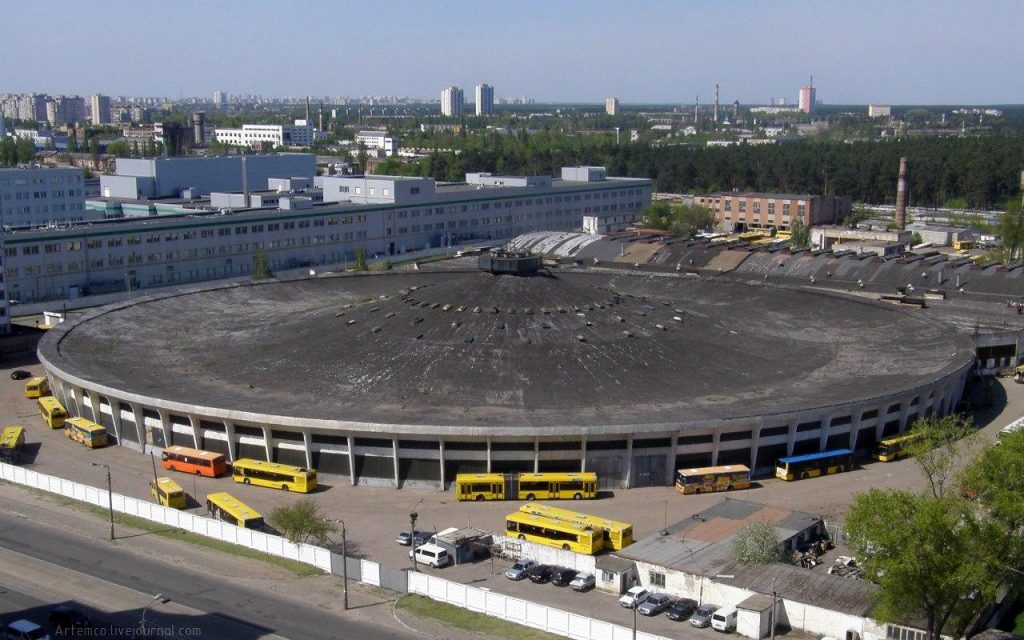 Completed in 1973, The Circus, as locals refer to Kiev Bus Terminal #7, bustled with activity. It was a central hub for all the bus routes passing through Kiev, local, domestic to the Soviet Union, and International.

In 1986, when the Soviet government found it needed buses for the mass evacuation of Pipyat, most of those buses came from #7. Many of those buses did not return, being left in the exclusion zone as too contaminated.

With the collapse of the Soviet Union, the financial crises that Ukraine suffered proved to be the Circus’ downfall. The station stopped serving international and domestic travel, and then, in 2015, the Kiev government found that it was would cost too much to keep the building open.

There have been a couple of shots of publicity the Circus has had recently. In 2018, the KPOP boy band NCT-U released a video for their hit “Boss” which was filmed to a great extent in the Circus. A CNN article (from which much of this has been paraphrased) was published just last week.

And yet, the building is still crumbling.

Those who found it (all before the hint) were: