Avulsion is a geologic term related to rivers. Rivers tend to find the path of least resistance from source to mouth. If a river “finds” a channel that will provide less level of resistance (shorter distance, steeper slope), that river will often abandon its current channel in favor of the better one. The act of switching channels is avulsion.
The Mississippi River “sees” a shorter, steeper path to the Gulf of Mexico from this location in Central Louisiana in the Atchafalaya River. The problem is that downriver of the Old River Control Structure are things like a HUGE portion of the petrochemical industry for the western hemisphere and the cities of Baton Rouge and New Orleans. If the river avulsed west into the Atchafalaya channel, it would leave those cities and industrial complexes without a stable permanent fresh water source. Whether or not the new path of the river would be navigable is questionable, and there is currently an extensive amount of cargo that relies on the Mississippi to get to and from the Gulf (and by extension, the Atlantic and the World). Finally, the people in the path of the Atchafalaya would undergo extensive flooding, erosion and denial of land. 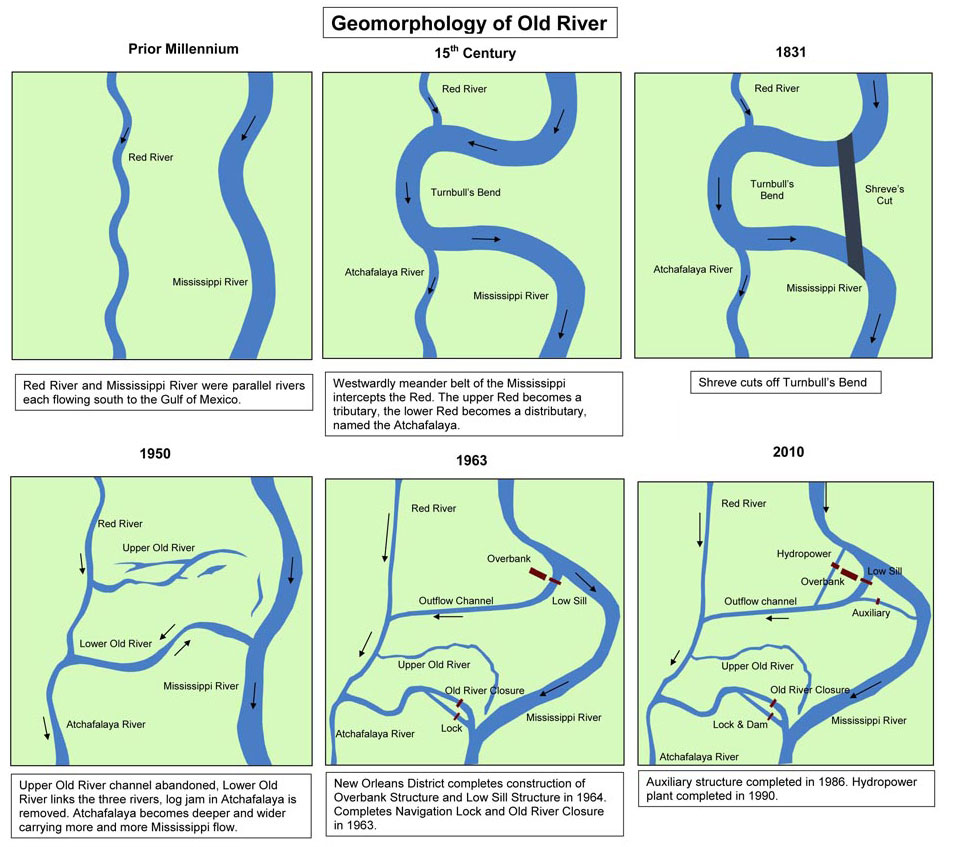 Thus the Old River Control Structure was born. The ORCS creates a management point, controlling flow into the Atchafalaya, and keeping the river from a catastrophic avulsion. 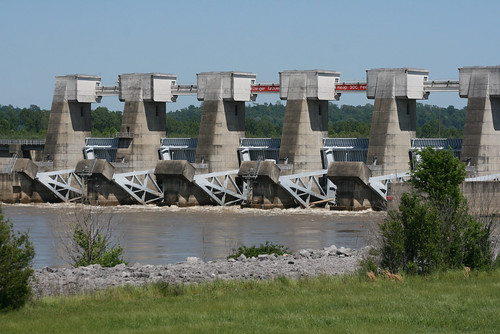 Of course, nature is not letting this go easily. From the inauguration of the ORCS, the river has been undermining it, finding ways around and even under it. The US Army Corps of Engineers works diligently to avoid disaster by constantly upgrading and updating the ORCS, but eventually, the river is going to win.

Those who found this engineering work included: