Continental Drift theory tells us that the Mid-Atlantic Ridge is the boundary between the North American plate and the Eurasian plate. Almost all of this ridge is covered by thousands of feet of Atlantic Ocean, but in this small peninsula in Iceland, the ridge is exposed. The “Leif the Lucky Bridge”, aka “The Bridge Between Continents” crosses over a section of the rift created by the edges of the plates being pushed away from each other. 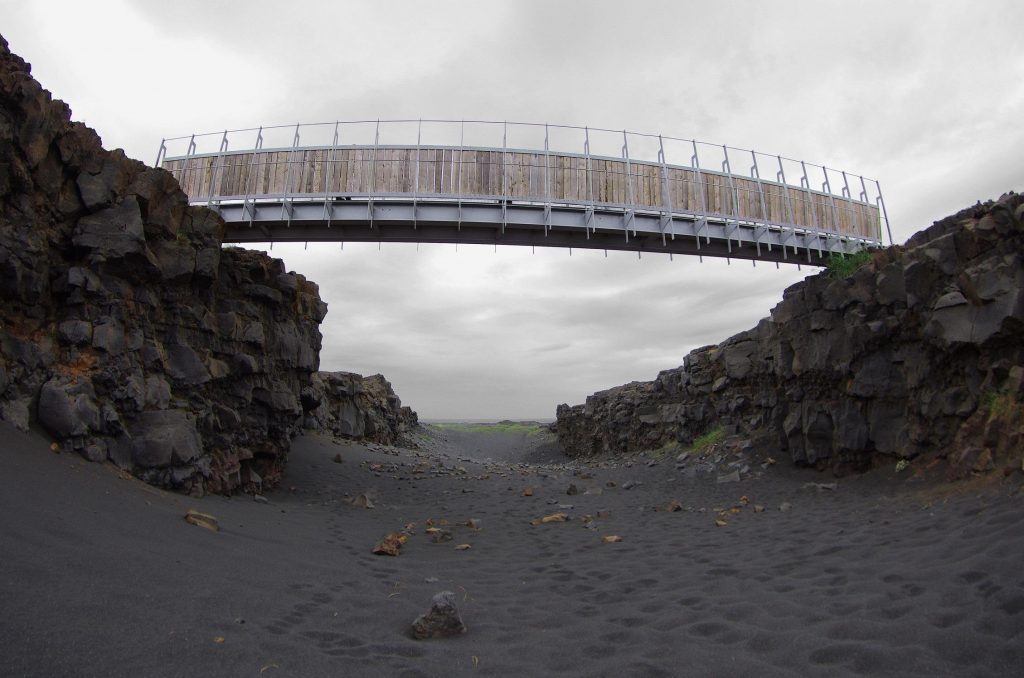 Clearly, this is not the only “Bridge between continents” out there; there are at least 2 in Istanbul, but this is the only one across these 2 plates. 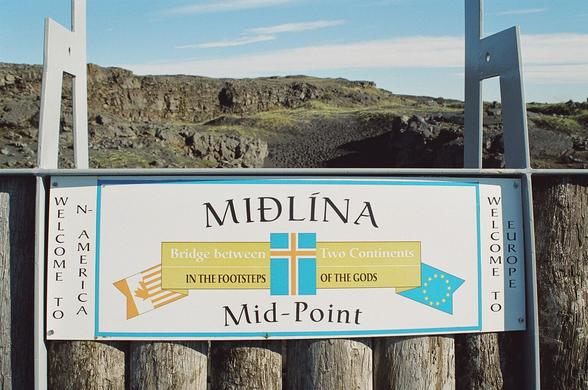 Those who took the walk before the hint were: