The Samà family were renowned politicians in the kingdom of 1800’s Spain. Savador Samà i Martì lived and helped govern Cuba, his son Savador Samà i Torrents followed in his political footsteps in the continental kingdom holdings — among other titles, he was Mayor of Barcelona.

In 1881, the younger Salvador Samà commissioned a vacation house to be built in the Catalan countryside near the town of Cambrils. He wanted the home surrounded by gardens that reminded him of his childhood in Cuba. He found Josep Fontserè to manage the project. Mr. Fonserè had a long history of association with the great architect Antoni Gaudí, and he convinced the master to provide him with his genius and vision.

Gaudí was deep into the design of Sagrada Familia but broke some time free and helped his friend with the design. 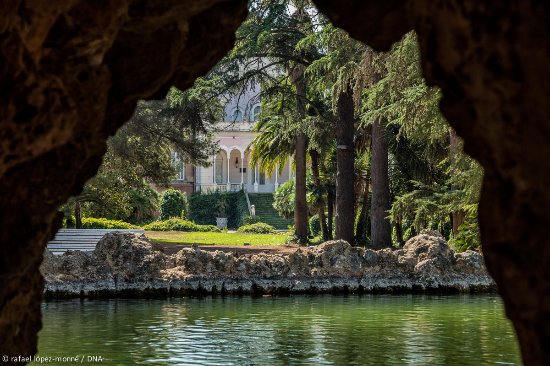 Those who found the park before the hint were: