Advertised as “The Highest Skating Rink in the World” (it’s not, there’s one in Breckenridge, Colorado, USA that, at 3445 m is over twice as high), Medeu is a speed skating rink that is also used for Bandy (similar to hockey, but with a ball instead of a puck).

Upon its completion in 1951, Medeu became the premier training and competition site for Speed Skating for the Soviet Union. Many world records in speed skating were set here until the costs of maintaining and promoting Medeu proved to be too much for Kazakhstan post-USSR. 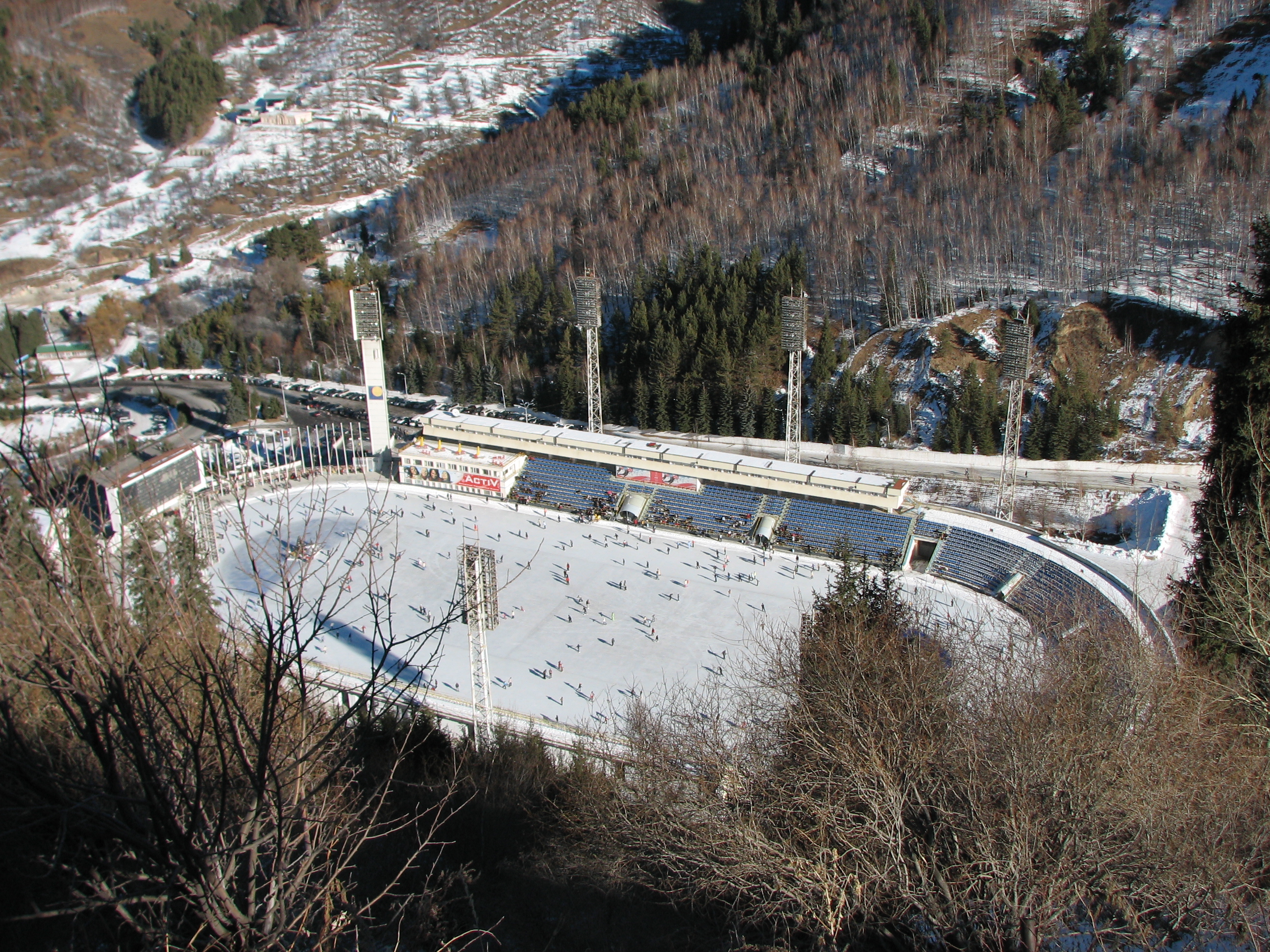 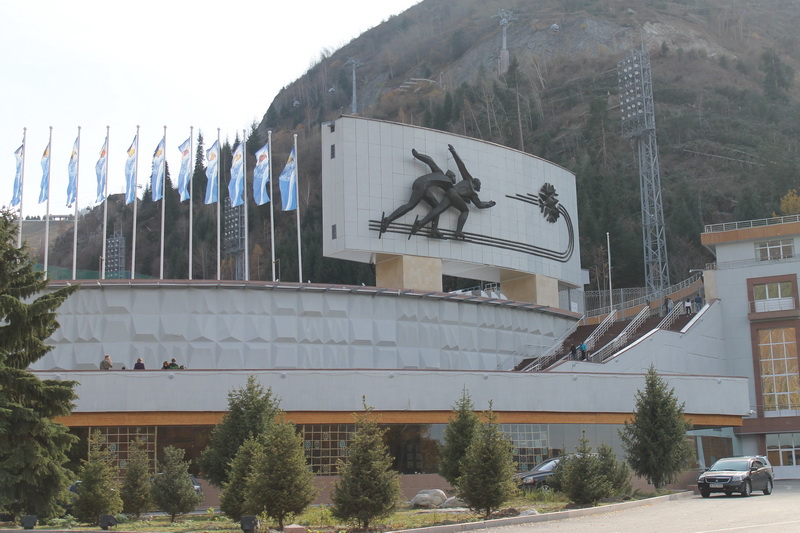 In the summer, the site was used as a concert ground where the “Азия Дауысы” (Voice of Asia) music festival from 1990 to 2004.

The site is protected by a mud-flow dam just to the south (slightly out of the picture).

Those who found this place before the hint included: