Bakken, as this location is commonly referred, is the oldest running amusement park in the world. Originally founded in 1583, Bakken started out as a natural spring. Because of the popularity of the spring, large crowds formed here and were followed by artists, entertainers, and sellers of all kinds of food and other items.

Today, the park has 6 large roller coasters and a large variety of both adult and “kiddie” rides, all looked over by the park’s mascot, Pjerrot the Clown 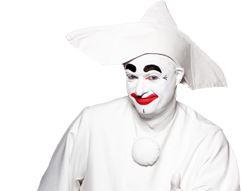 The park is open from March through August, and has an annual visitor count of about 2.5 million, making it the 2nd most popular amusement park in Denmark, after the more internationally known Tivoli Gardens.

Those who found the park before the hint included: