This contest entry came to us from Lighthouse as part of the request for entries leading up to contest #400.

Torghatten is a mountain with a hole in it when viewed from the sea. One can walk through the hole on a path.

There are several theories for the hole – scientific and folklore. The folklore version is more interesting!

Rising 112 metres vertically from the sea at Brønnøysundet between Brønnøysund and Rørvik, is Torghatten. The mountain, with a distinctive hole right through it, is said to be the Brønnøy King’s hat. It plays a heroic role in the Nordland fairy tale of trolls that froze to stone and became the mountains along the Nordland coast.

Early one morning according to the legend, Lekamøya and her seven sisters were fleeing from Vågekallen, who was desperate to capture a wife. The King heard them and came to the rescue of the young maidens. However Hestmannen, who had been awakened by the noise, got up and shot an arrow towards them. The King threw his hat towards the maidens to protect them. Just as the arrow pierced the hat, the sun appeared and its rays turned the trolls, hat and all into stone.

The crash referred to in the hint occurred in May 1988, when Widerøe Flight 710 from Namsos to Brønnøysund crashed into the side of the mountain. All 36 passengers and crew died.

This link http://www.nordnorge.com/en/hiking/?News=72 has lots of interesting information on the site. 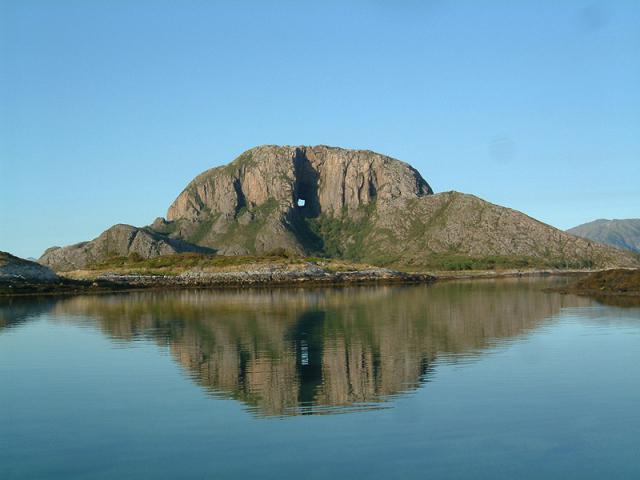 Those who saw the light:

And who needed some light shed on things: