This little corner has a lot to look at. In addition to the Sutro Baths, there is also The Cliff House, a giant Camera Obscura (the building is in the shape of a camera), plus Lands End, Seal Rock, and a whole bunch more. About 250 M further to the south, about 20 M from the shore, is also the epicenter of the 1906 Earthquake.

But this contest was really all about the Sutro Baths. 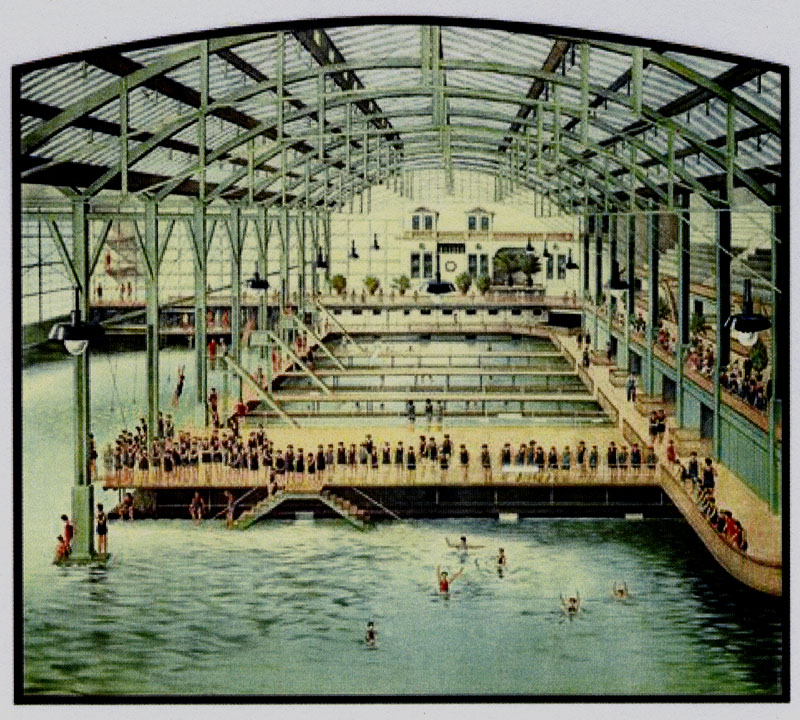 Built in the late 1800’s by former San Francisco Mayor Adolph Sutro, the baths were at one point the largest indoor swimming establishment in the world. In 1937, after the baths had declined because of the depression, the largest pool was converted to an Ice Rink. In the 1950s, Playland, an amusement park, opened at the site. The complex burned down under suspicious circumstances (as in, the developer left down while the fire was still burning) in 1966.

Today, the ruins of the baths are part of the Golden Gate Recreation Area 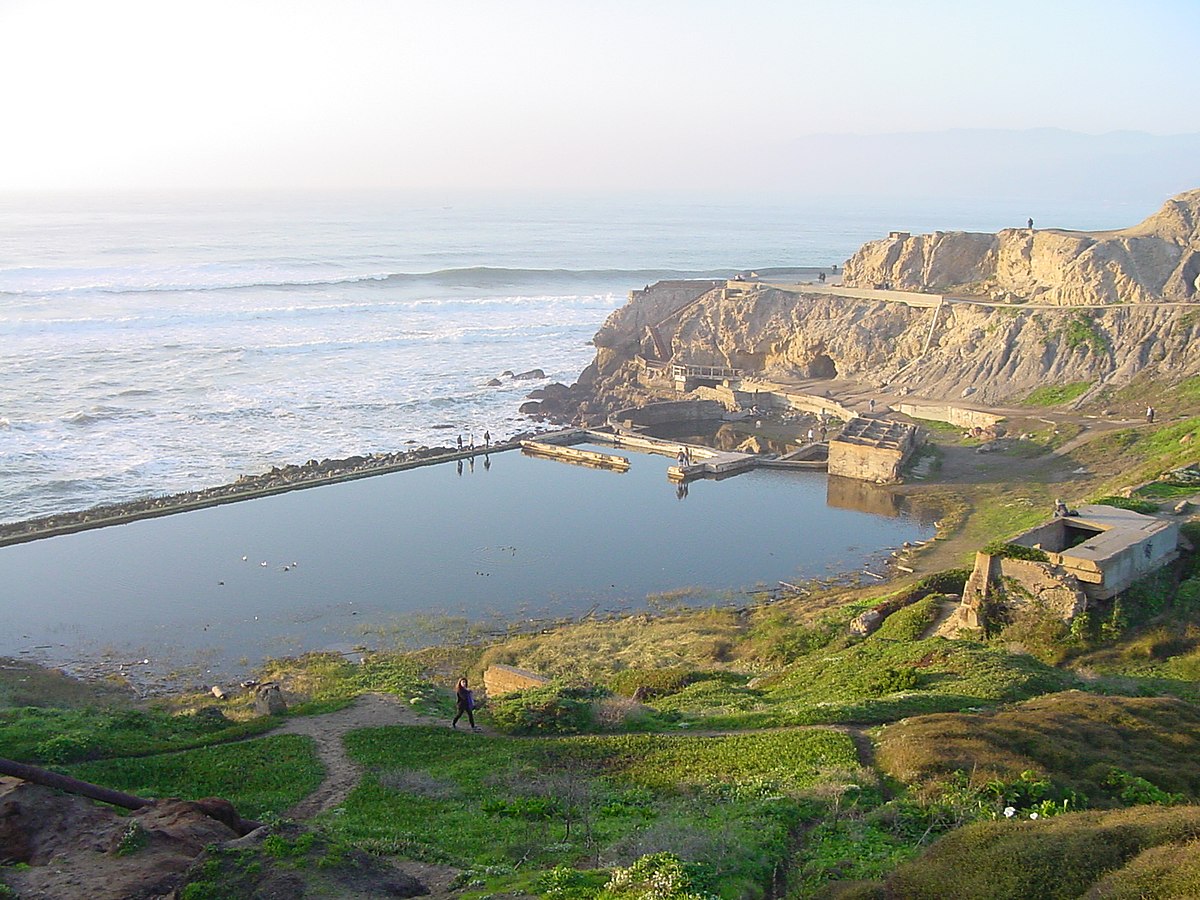 Those who took a dip included:

And those who waited until it burned down