Earlier this month (July, 2015), The United Nations Educational, Scientific and Cultural Organization (UNESCO) announced additions to its World Heritage List. Among the additions was the grouping of the San Antonio Missions.

Misión Nuestra Señora de la Purísima Concepción de Acuña, known as Mission Concepción, was formed in 1716 at a location about 60 miles east of where it now sits, and was moved to its permanent home in 1731. Like the Alamo, the mission was the site of a battle in the fight for Texas independence.

The mission is open to the public and Catholic Mass is held there each Sunday. 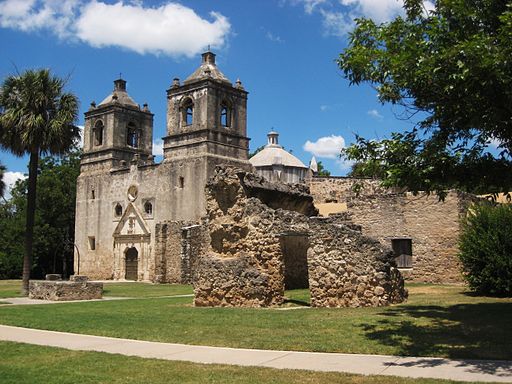 We honestly did not expect this one to be as difficult as it apparently was. We aren’t quite sure what threw everyone off, but we had expected several quick answers based on it’s new UNESCO status and this contest’s long history with that illustrious list. There was only 1 correct answer before the hint. Congratulations to Phil Ower for finding it on his own.

After the hint, we had the following correct responses: