On May 22nd, 1960, at 3pm local time, the largest earthquake ever recorded by modern instruments was felt near Lumaco, Chile.

Registering at magnitude 9.5 on the Richter scale, the quake caused widespread damage locally, served as the focal start of a tsunami with waves up to 25M felt in areas of the Chilean coast. One set of 10M waves devistated Hilo, Hawaii, nearly 11,000 KM away, causing 61 deaths there, and a day later, northern Honshu, Japan, over 16,000 KM away, was hit with 5.5M waves that destroyed 1600 homes and killed 185 people. Estimates of the total loss of life range from about 1,500 to as many as 6,000. 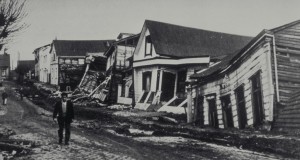 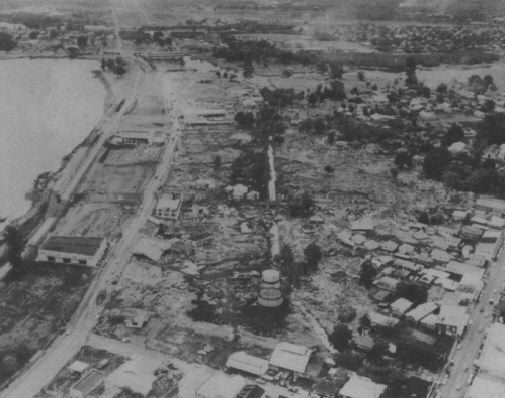 The quake caused a volcano, Cordón Caulle, to erupt with in a rhyodacitic fissure eruption. Some geologists have contended that the changes in the structure of the Nazca and South American plates caused by this earthquake were direct causes in the 2010 8.8 magnitude quake whose epicenter was 250 KM north of this spot, making that quake effectively an aftershock of the one 50 years before.

Those who shook out the answer: