Last week an ‘armchair archeologist’, Angela Micol of Maiden, North Carolina, made public that she discovered on Google Earth a few locations that, according to her statement, could possibly be a new pyramid site. 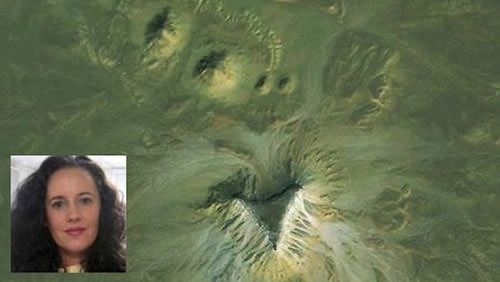 Of course I was interested in this discovery and managed to locate the sites on Google earth, which resulted in this contest.

Little did I know that her ‘discovery’ would go viral in the following days. If there are really pyramids out there or not, will probably be disclosed in the next months.
Scientists are somewhat sceptic, which led to the following statement of James Harrell, professor emeritus of archaeological geology at the University of Toledo:
“It seems that Angela Micol is one of the so-called ‘pyridiots’ who see pyramids everywhere. Her Dimai and Abu Sidhum ‘pyramids’ are examples of natural rock formations that might be mistaken for archaeological features provided one is unburdened by any knowledge of archaeology or geology. In other words, her pyramids are just wishful thinking by an ignorant observer with an overactive imagination.”

Those who also found some pyramids out there: