The Wilkes County Region in North Carolina is considered as the birthplace of NASCAR racing, which has his origins in the ‘moonshine running’ operations during the Prohibition in the 1930’s.

The North Wilkesboro Speedway is named as ‘the root of stock-car racing’ and was abandoned by NASCAR due to the conditions of the track in 1996, but is back in business again. 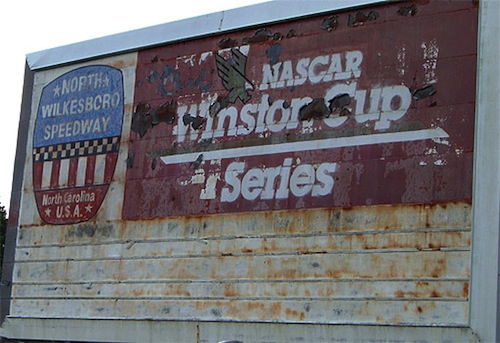 The racetrack was featured in a recent BBC Top Gear episode

Those who won the race