The Gebel Kamil Crater is one of the most recent impact craters found on Earth (about 5000 years old). It was first discovered by scientists of the university of Sienna (Italy) who were scanning Google Earth at a low orbit and confirmed by expeditions in 2009 and this year. The crater is located at 22.018333, 26.0877 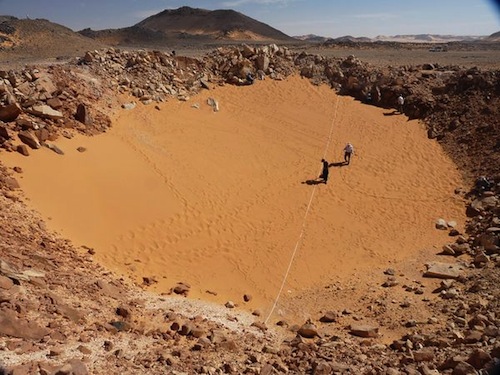 The scientific paper was published on July 22, so I thought it might make a nice challenge before the news would hit the mainstream media, but news travels fast nowadays: only a few hours after I put up the contest, Wired ran an article about this crater and so did National Geographic. The meteorite who caused the crater is listed here.