The Winter Olympic games have ended, but this is where it al begun: Olympia, Greece. 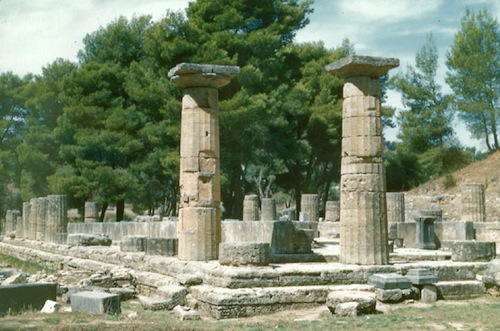 This is the site of the classic Olympic games with the restored stadium still clearly visible. In this stadium the Olympic torch is ignited by sunlight which reflect through a parabolic mirror and is transported to the actual site of the  modern Olympic games. 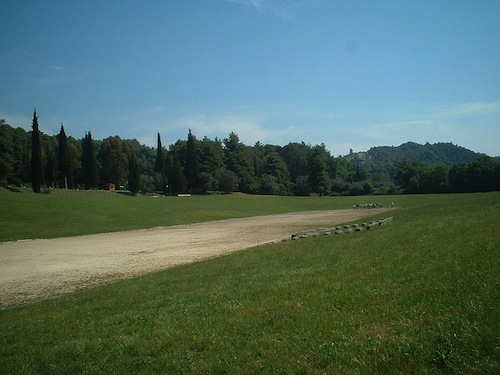 Those who ignited the torch: