Kudos to all who found this. It is St. Pierre et Miquelon, a French group of islands near the coast of New Foundland. Ans more specific: zoomed in on the connecting isthmus of Miquelon and Langlade. 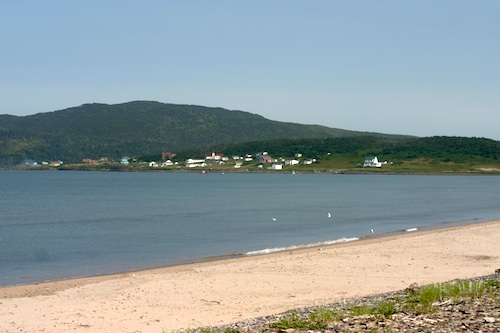 Being French territory close to New Foundland, these islands have been a cause of conflict between the French and British ever since the 17th century. Even at the end of WW2 they caused a conflict between De Gaulle and Roosevelt.

Those who crossed the isthmus: