Lots of people got this one right: It was the main port for the invasion of Normandy in 1944: Port Winston.

Located at the shores of Arromanches the allied forces constructed a Mulberry Harbour for the supply of the troops which were set out to liberate occupied Europe from the Germans. The remains of the harbour are still out there and visible in google Earth. 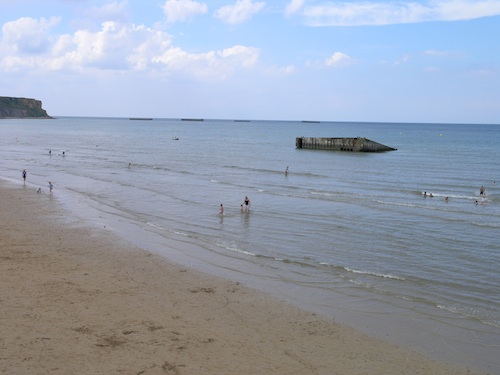 Those who succesfully invaded this contest: