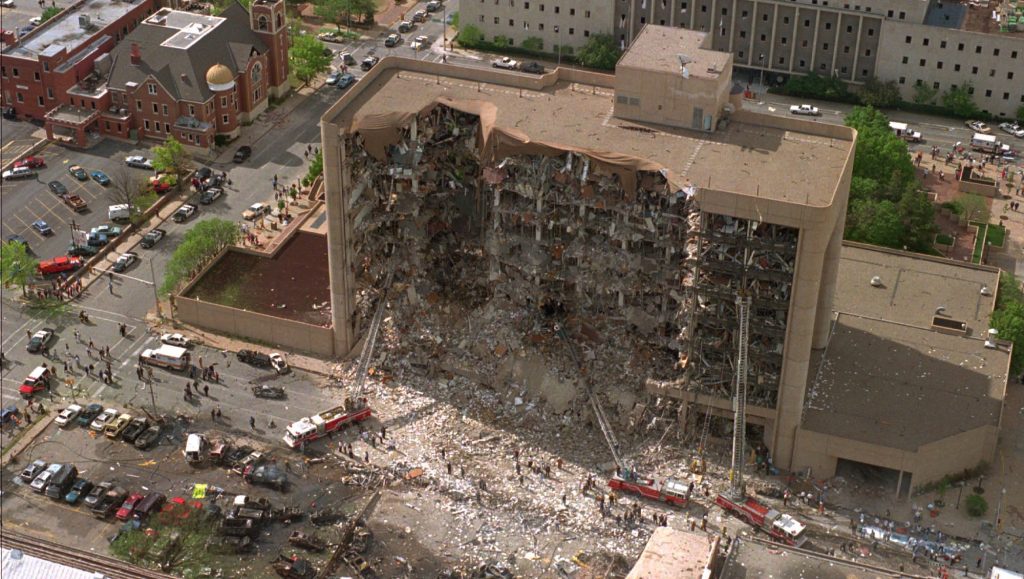 April 19, 1995 was a very hard day for Oklahoma City. On that day, a terrorist drove a truck filled with 3200 kg of ANFO (a mixture of ammonium nitrate fertilizer, nitromethane, and diesel fuel) in front of the building and detonated it at the start of a busy Wednesday morning. The fiend had parked intentionally parked the truck along the side of the building where a child daycare center was housed. 168 people were killed, including 19 of the children in the daycare center. Another 800 people were injured.

I grew up in OKC. Like most people with any connection to Oklahoma City, this was very personal to me. I visited the Murrah Building on several occasions, so I knew the site and the building very well. I had long moved away from the city when the building was bombed, but my mother still lived about 4 miles from the explosion. I knew survivors of the blast. I knew relatives of some of the people killed in the blast.

As the smoke cleared and the debris started to be removed, little reminders of good started to be noticed. Am American Elm tree that grew across the street from the building in direct view of the bomb had survived. Most of the branches were ripped away, debris was imbedded in the trunk and there was smoke damage, but the tree was alive. Today it symbolizes the resiliancy of the people of Oklahoma City. Seedlings from this tree are planted all over the world.

This site today is commemorated as the Oklahoma City National Memorial and Museum. A reflecting pool is bounded on the ends by gates. On one end the gate shows the the minute before the bomb exploded (9:01) representing the last minutes of peace and the last moments of life of the victims. On the other end the gate reads 9:03, the first moments of recovery. On the south side of the pool is a field of 168 empty chairs in 9 rows, one for each fatality located in a row corresponding to the floor of the building where they were killed. 19 of the chairs on the first floor row are child-sized. The museum is located in the former Journal Record building, which is also where you will find the Survivor Tree. 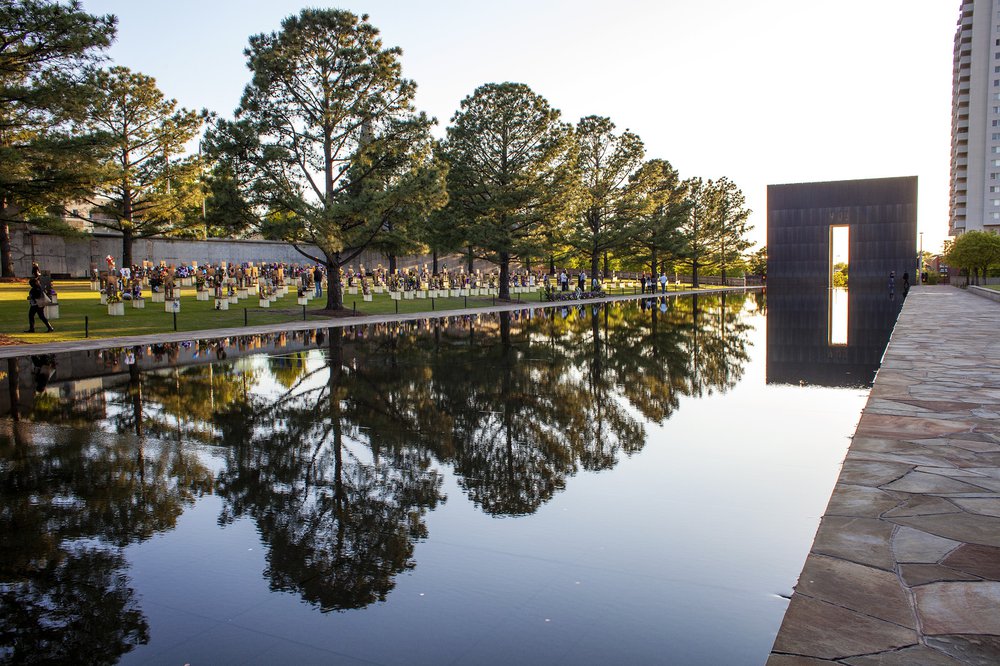 Sorry for the encyclopedic length of the reveal this week. Like I said, very personal to me.