On July 17, 1959 paleoanthropologist Mary Leakey discovered a fossilized skull from a previously unknown species of hominid that she and husband Louis Leakey named Zinjanthropus boisei. The 1.75-million-year-old fossil from Olduvai Gorge, Tanzania, turned the Leakey’s into household names, and firmly established that the roots of the human family tree extended deep into antiquity. The name of the genus “Zinjanthropus” has since been dropped. Whether the fossil belongs to the genus Australopithecus along with its smaller cousins, Australopithecus afarensis and A. africanus, or deserves to be part of a separate genus called Paranthropus along with other large hominid species like Paranthropus robustus has been the subject of debate. Some population of the smaller, or gracile, Australopithecines were the ancestors of Homo habilis, Homo erectus, and eventually Homo sapiens, while Paranthropus was probably an evolutionary dead end. Whatever genus the fossil is assigned to, it is no longer believed to be a direct ancestor of modern humans, but one of a number of hominid species that lived in Africa millions of years ago.

Near the Olduvai Gorge Museum, this location is listed as the Mary Leakey Camp Living Museum. 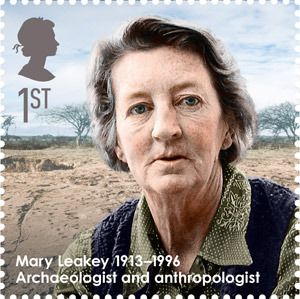