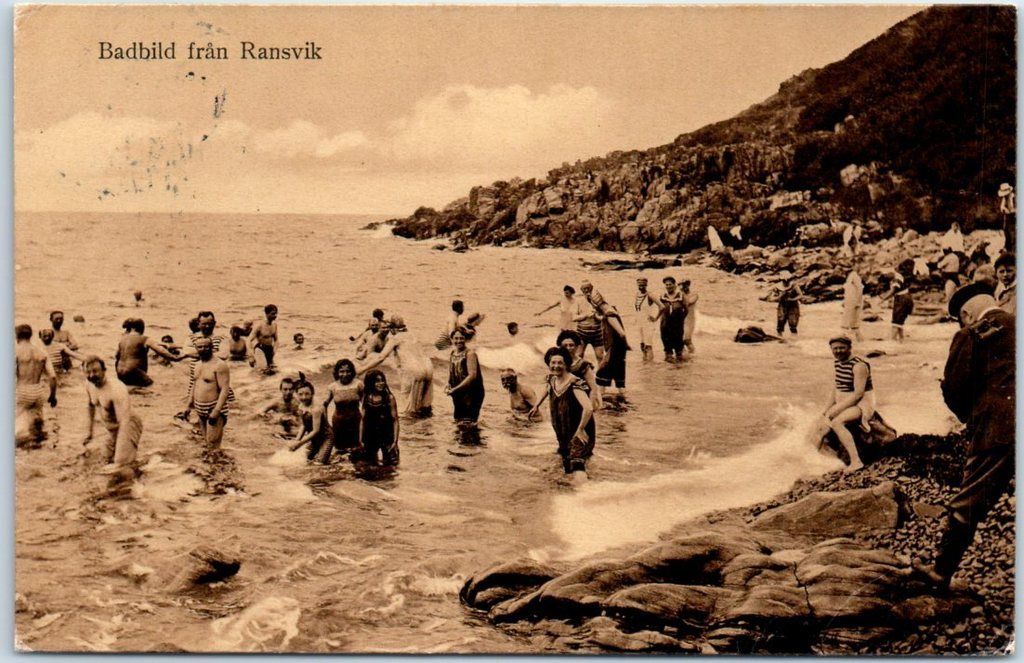 “The Sin in Mölle” — that’s what they called it in the early 1900’s. Men and women were allowed to swim here together! Shocking and disgraceful. So disgraceful, in fact, that the place became thick with wealthy and influential from all over northern Europe. So great was the draw that a weekly train from Berlin to Mölle ran until the beginning of WWI.

Those who found the spot before the hint:

And alas, our beach adventures are complete. We had 6 perfect scores for this series: Garfield, Paul Voestermans, Martin de Bock, Bas van Limpt, Lighthouse, and Phil Ower. Congratulations to those and the several others with nearly perfect scores.