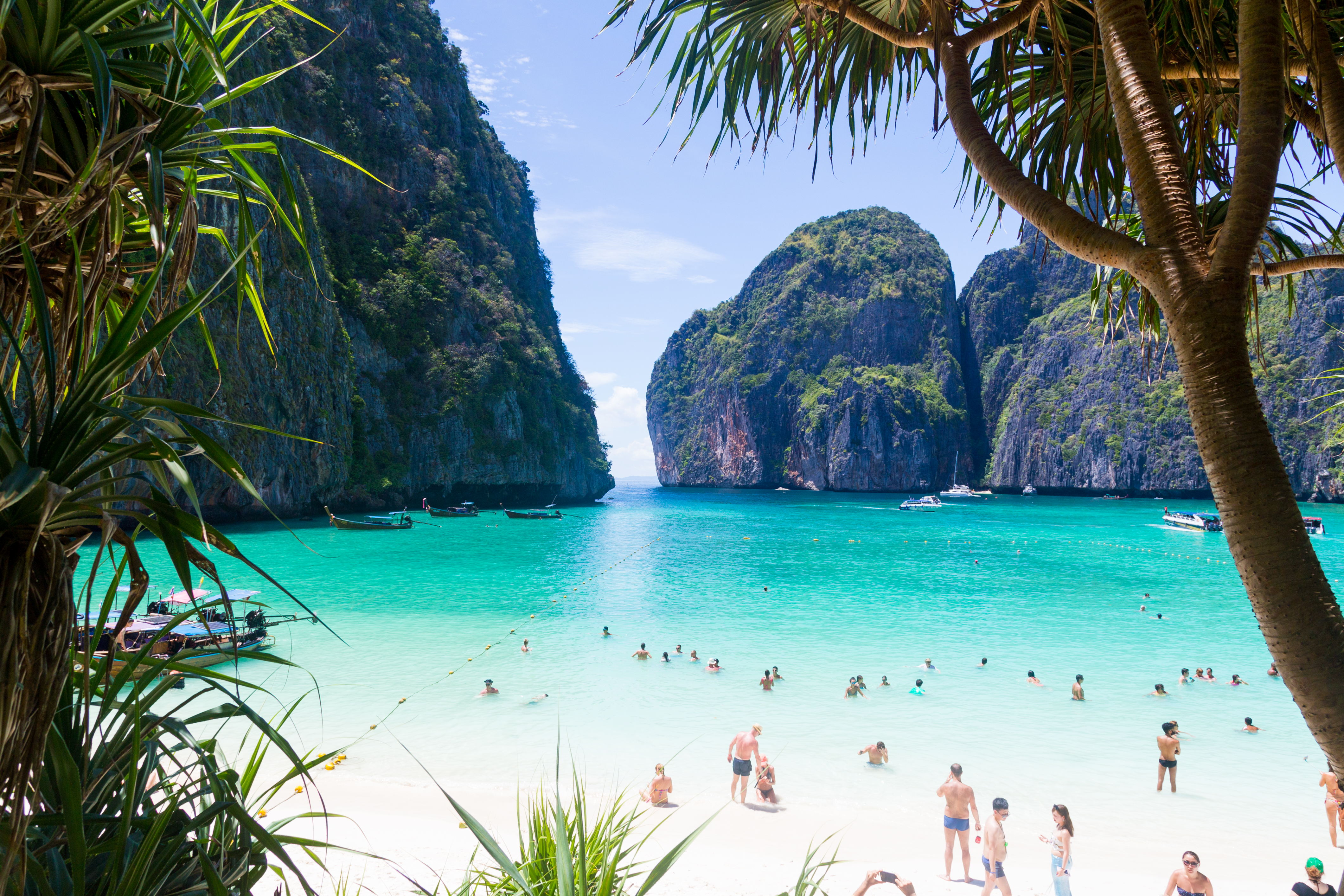 The 2000 movie “The Beach” was partially filmed here, and what they did there created a lot of controversy for the filmmakers. 20th Century Fox bulldozed part of the beach to make it appear more “paradise-like”. Although they promised to return the beach to it’s pre-filming pristine condition, they never made good on that. Combined with the increased traffic to the beach because of the publicity from the movie, quite a bit of ecological damage was done. Then the 2004 Boxing Day Tsunami came and everyone forgot about it.