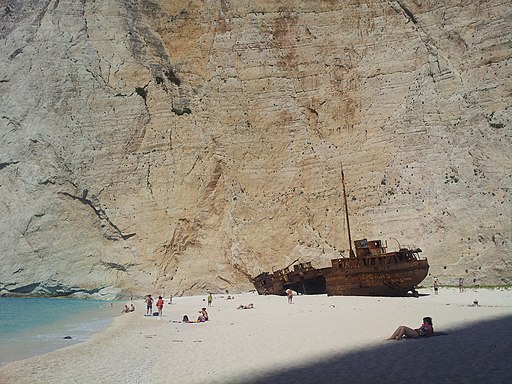 On October 2, 1980, the MV Panagiotis was carrying a load of contraband cigarettes when it ran aground on a “Smugglers Cove” named Agios Georgios on the north-east coast of Zakynthos. The ship was abandoned and looted of its contents by locals. The wreck is still there, and the beach has been renamed Ναυάγιο or Navigo which means “Shipwreck” in Greek.

The beach is only accessible by boat, but is still one of the most important tourist stops on the island.

Those who found it, all before the hint: