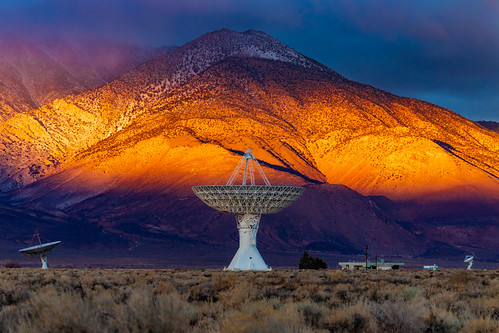 On February 17, 2022, CAL FIRE notified the scientists manning the Owens Valley Radio Observatory that they were under a mandatory evacuation because the Airport Fire was barrelling down on the facility. Thankfully, the winds died down and the brave firefighters were able to redirect the fire and eventually get it under control without damage to the OVRO.

One week later on February 25th, Caltech issued a press release which stated, among other things, that

Those who located this site before the hint: