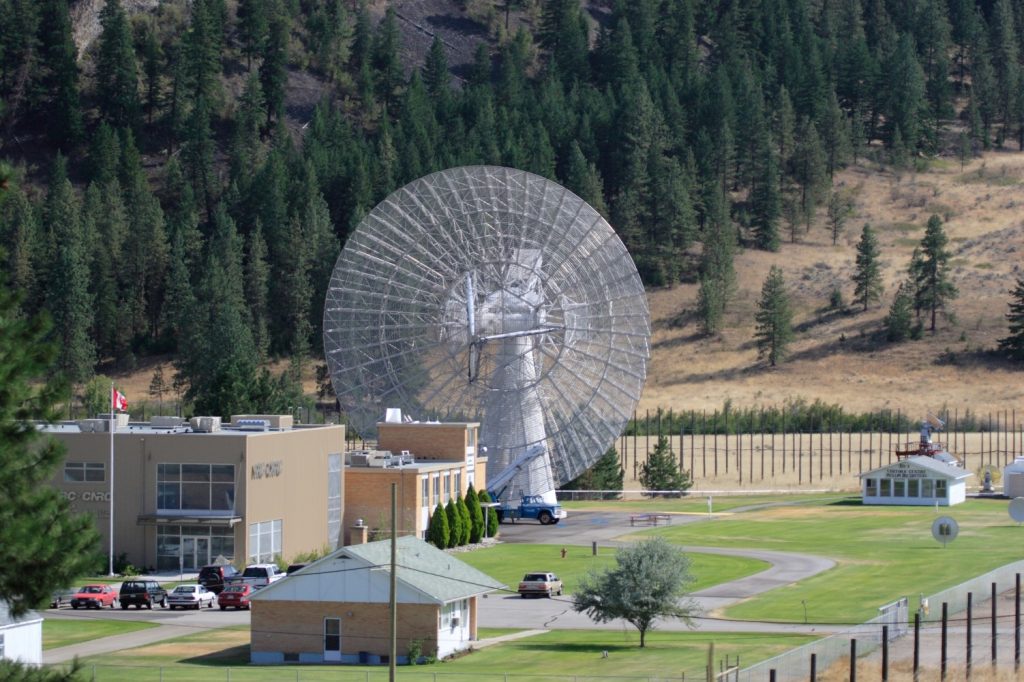 Canada’s premier radio astronomy center, DRAO is, among other things, the home to the Canadian Hydrogen Intensity Mapping Experiment (or CHIME) and the John A. Galt Telescope (NOT named after the Ayn Rand character, but the very first employee of DRAO who later became it’s director).

Build starting in 1960, the platforms at the facility have contributed to a more thorough understanding of the structure of our local galaxy, thanks to CHIME’s focus on the 21cm Hydrogen line. Other impacts have included the discovery and/or confirmation of exoplanets.