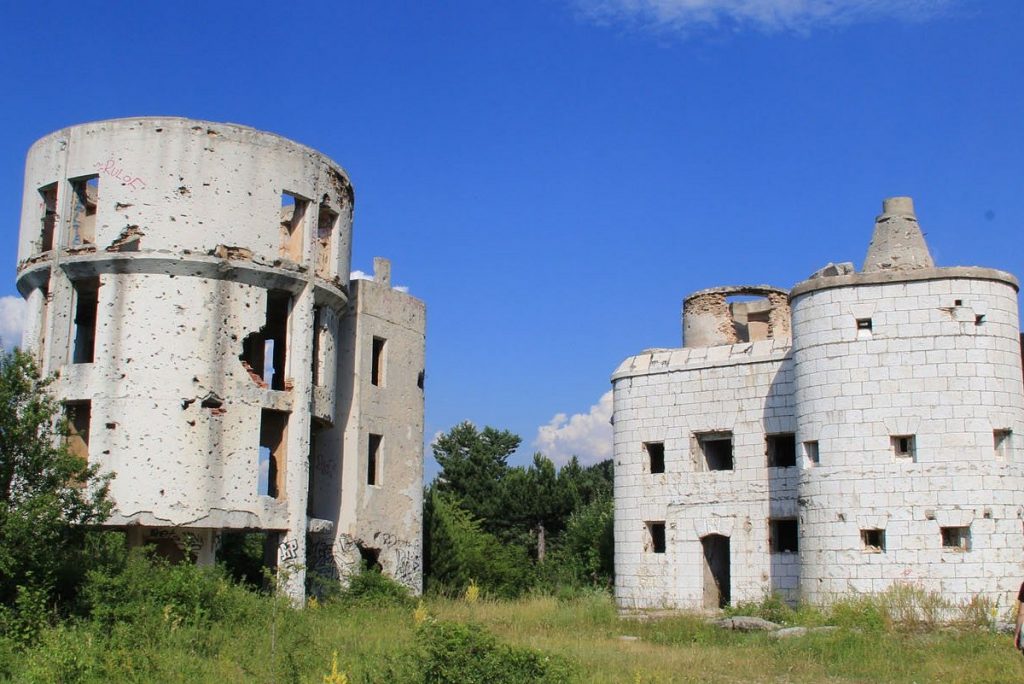 Built by the Austro-Hungarian military, this former fortress was built on Mount Trebević. The mountaintop provided views of the entire city, and was a key point in military observation. After World War II, this lookout point proved useful again, when the fortress was converted into an astronomical observatory.

By 1972, the site was a world-class research observatory. 3 domes with state-of-the-art telescopes, plus a full photo lab, reference library, and sleeping quarters for the scientists working there.

Then, the 1990s happened. The break up of the Soviet bloc led eventually to the break up of Yugoslavia, and the ethnic tensions that had been held in check for decades exploded in the shelling of Sarajevo. As the site was seen as having strategic advantages militarily, it was hit hard by the Serbian forces, destroying the only astronomical observation site in the country.

There have been a few campaigns to raise funds to bring astronomy back to Bosnia and Herzegovina, but no tangible progress has been made so far.