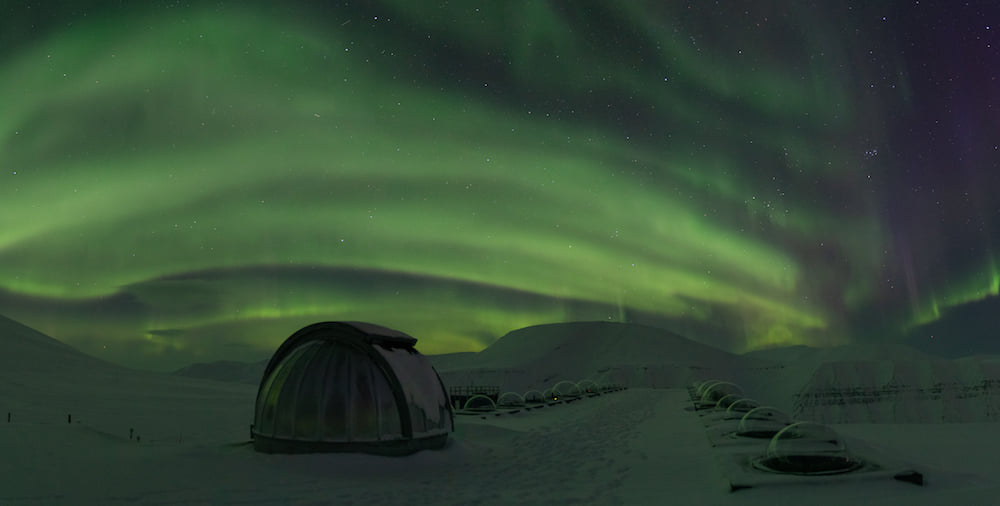 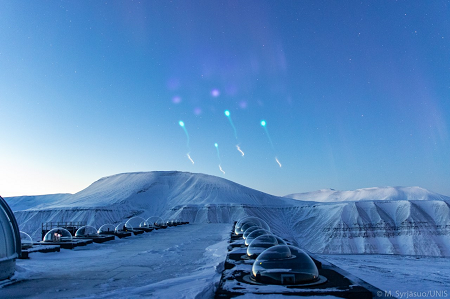 A project of the University Centre in Svalbard (UNIS), The Kjell Henricksen Observatory (or KHO Svalbard), built starting in 1978, is the premier and northernmost observatory primarily targeted at studying the Aurora Borealis and related scientific endeavors. North of 78°, the observatory is designed to take advantage of the polar night, and thus it’s work is mostly limited to the period between October and May.

Those who froze their backsides off finding this site before the hint were: