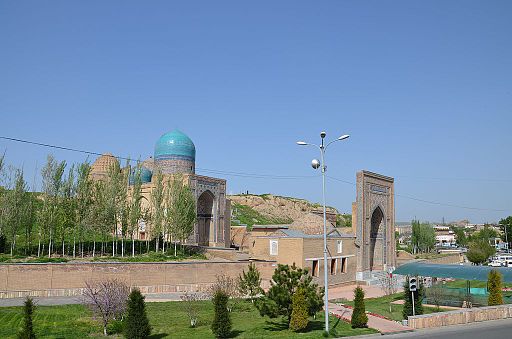 So, why is an Islamic necropolis called “The Living King”? Kusam-ibn-Abbas was a cousin of the Prophet Muhammad who is credited with bringing Islam to this area of Uzbekistan. For his efforts, he was beheaded, but legend states that he calmly picked up his head, carried it into a deep well leading to the Garden of Paradise, and there he still lives.

The mausoleums in the complex date from the 11th century to the mid-1800’s, and represent a vast array of Islamic funerary architecture and art.