This weeks contest was the Cristo Rei of Dili, East Timor which is part of Indonesia. Unveiled in 1996, it was a gift from the Indonesian government to celebrate the 20th anniversary of East Timor’s integration into Indonesia.

It took almost a year of working to create the body of the statue and is made of 27 separate copper sections. Installation of the statue, including the globe and a 10-meter-high cross, took three months. 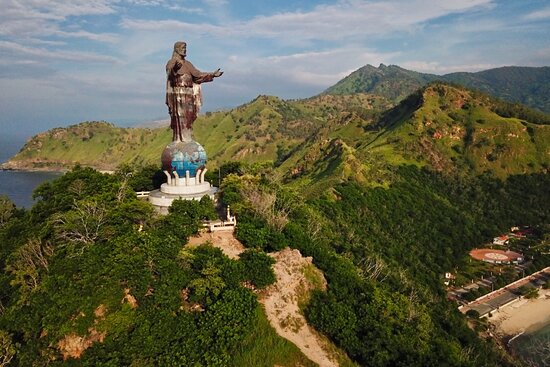 Wow, it seems like this series JUST started. Congrats to the 4 intrepid searchers with (yet again) perfect scores: Phil Ower, Eloy Cano, Lighthouse, and Garfield.