Contest 720 was the last in a series of dam locations (either existing, demolished or planned). We hope that you had some fun scanning the world for the nine locations.

This location is the planned location of the Great Inga Dam on the Bundi River in the Democratic Republic of Congo. It’s part of a large complex project that involves damming the Bundi River and redirecting the Congo River into a huge reservoir to supply water to one of several power generation facilities in the area. Each generation facility is forecast to generate up to 8 GW, with the total for the entire complex up to 40 GW. This power would be used by several countries in Africa. However at this time, construction of the complex is not finalized.

Will it be the biggest hydro-electric complex in the world? perhaps.

Are the falls the biggest in the world? Perhaps – depending on how you define “big”.

Have the falls been run in a kayak? Perhaps. 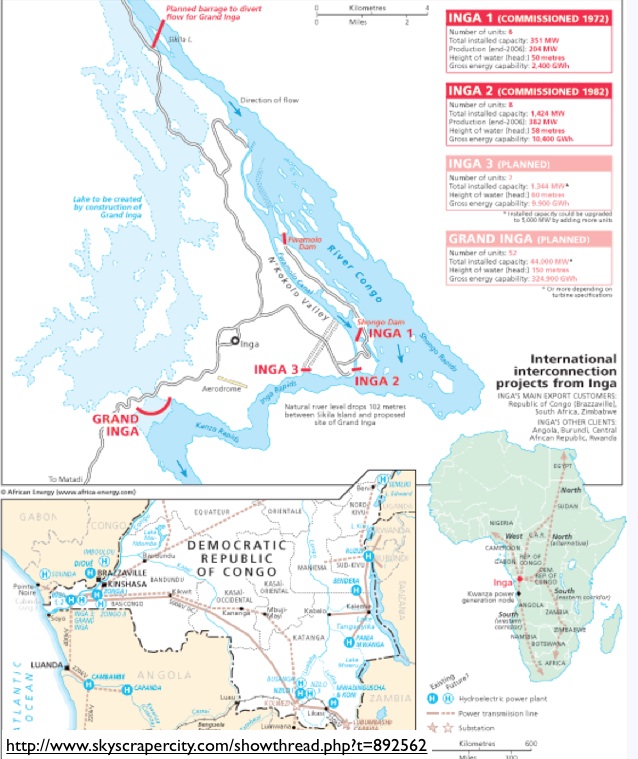 Found the last dam before it was built: