This week’s image was the location of the now-removed Glines Canyon Dam on the Elwha River in Washington, US.

The dam, also known as the Upper Elwha Dam, was originally built in 1927 to provide power for industries on the Olympic Peninsula.

But it blocked access for salmon to upper reaches of the Elwha River, reducing the number of salmon runs from up to 400,000 to near 4000. As a result, the dam was demolished in 2014 as part of the Elwha River ecosystem restoration project; as of 2015 it is the tallest dam ever to be intentionally breached. The Glines Canyon Dam was the largest dam removal ever.

Before the dam was removed: 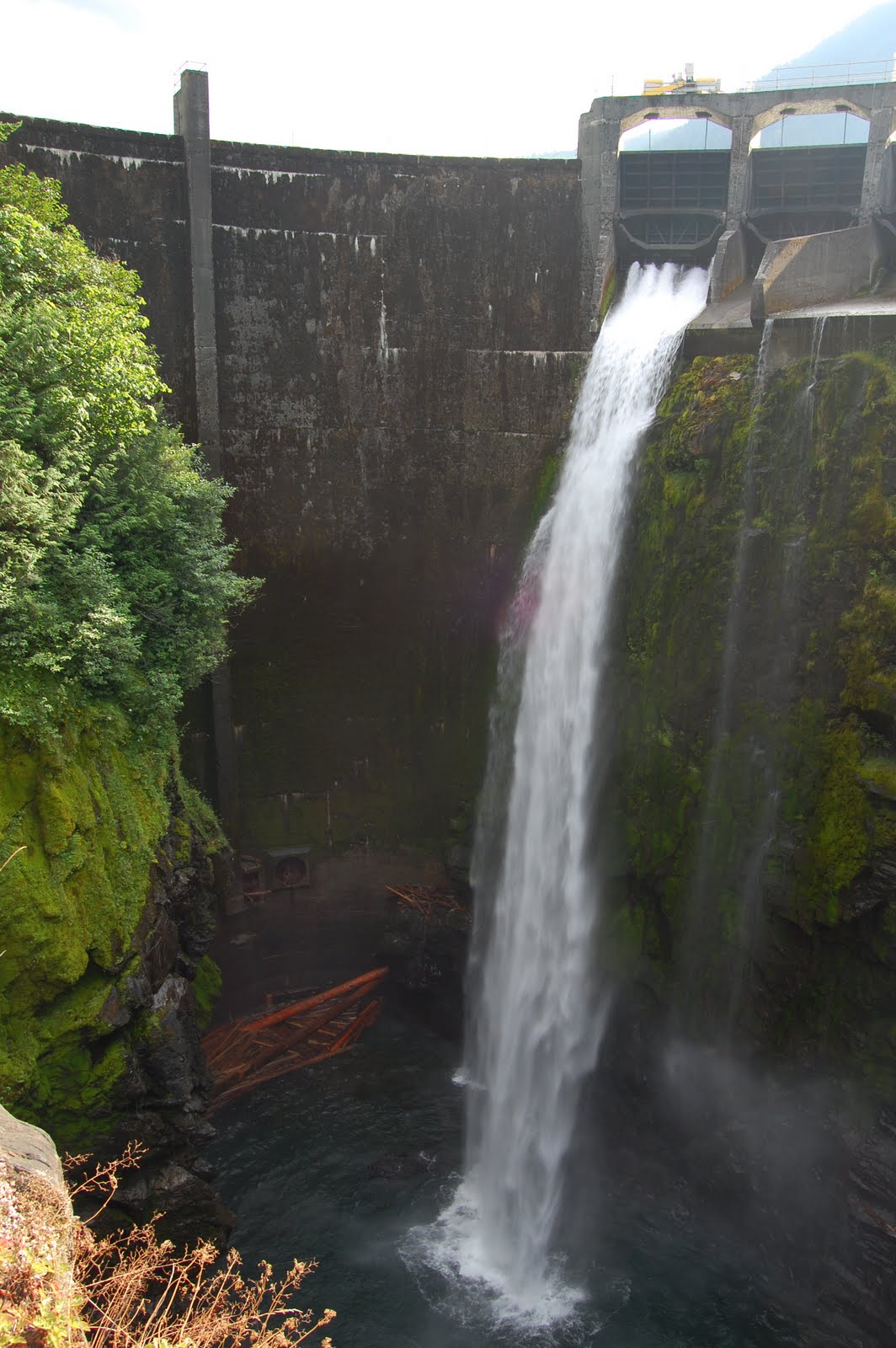 After the dam was removed: Found the dam site, even though it no longer exists: