About 1/2 of a Kilometer from the Kremlin, you’ll find this series of statues by Mikhail Shemyakin with 13 figures depicting adult vices, such as indifference, alcoholism, drug addiction, prostitution, child labor exploitation, poverty, irresponsible science, etc.

The image for war has a bomb with a most distinctive feature: 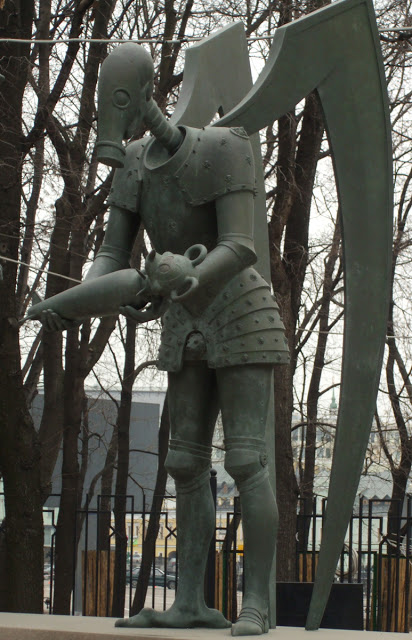 Those who found poor Mickey before he blew up: