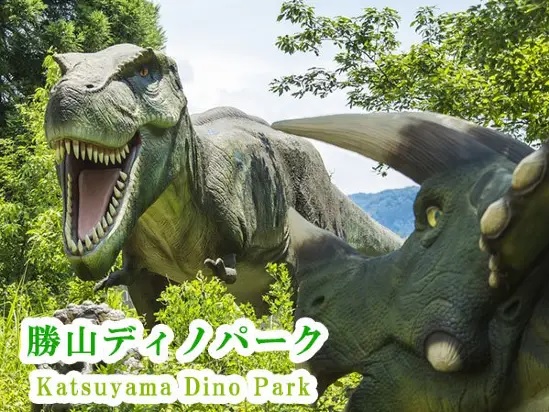 Situated adjacent to the Fukui Prefectural Dinosaur Museum, this dino-zoo contains dozens of representations of dinosaur species along its walking path. Fukui Prefectural Dinosaur Museum has the distinction of having several dinosaur species named after the museum, including Fukuiraptor kitadaniensis, Fukuisaurus tetoriensis, and, most recently, Fukuipteryx prima,

Those who found this site (all before the hint) were: