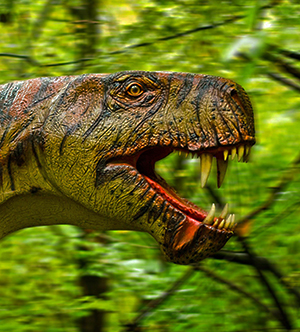 A journey back into the time: “When Dinosaurs ruled the World!” More than 230 life-sized primeval giants expect your visit!

Rehburg-Loccum is in the Neinburg district of Germany, near Hanover. Dinopark was built around a series of about 300 fossilized dinosaur tracks. The operators of the park have added a large number of life-sized dinosaur models of the various species that lived in the area and made the tracks there.

Those who located this park before the hint were: