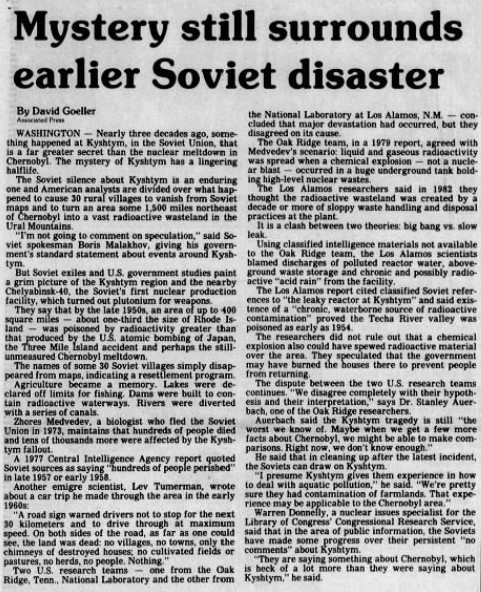 On September 29, 1957, something happened at this site. The most common theory is the cooling system for a tank of liquid nuclear waste failed, the heat caused a chemical reaction similar to an ammonium-nitrate/fuel-oil type explosion. Regardless of what actually caused it, a plume of radioactive debris spread, contaminating a space over 52,000 square km.

Because of the secrecy with which this event was shrouded, and the fact that the cancers and other long-term diseases associated with the contamination are hard to limit to just radioactive exposure, it is impossible to fully count the number of casualties of this disaster. Direct cases of radiation poisoning from this event have been published at 66. Some estimates of the increase of deaths in the contaminated area point to a casualty count of around 8500.

Those who drew back the iron curtain to reveal this spot before the hint were:

and after the hint