The Indian Ocean tsunami that struck on 26 December 2004 was among the worst single-instance mass-casualty events in recorded history. Nearly 230,000 people in 14 countries were killed. The fact that this train wreck, which is the largest single rail disaster in world history by death toll, is but a minuscule portion of that larger death count is jarring.

Before the #50 Matara Express departed the Ambalangoda station, railway officials had been trying desperately to contact the station to get them to halt the train. Unfortunately, everyone at the station was helping process the train, and no one was available to take the call until after it left. When it got to Peraliya, the first waves overtook the tracks and stopped the train. Subsequent waves threw the train around like a leaf in the water, crushing those who tried to shelter behind it. The flooding of the cars drowned nearly all of the passengers.

No one really knows how many died in this tragedy. At least 900 have been identified, but it is thought the total death count may be as high as 1700 or more. 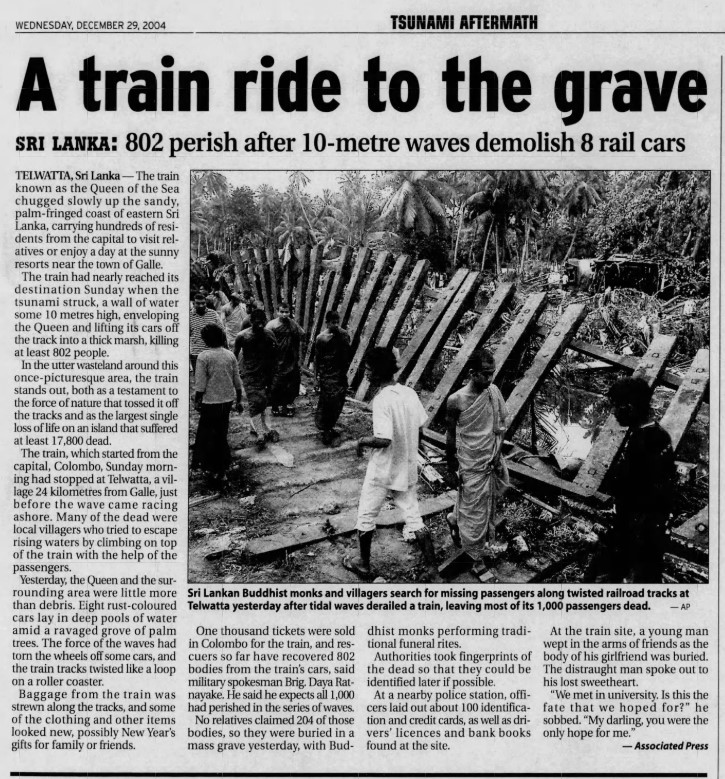 Those who located the site, all before the hint, were: