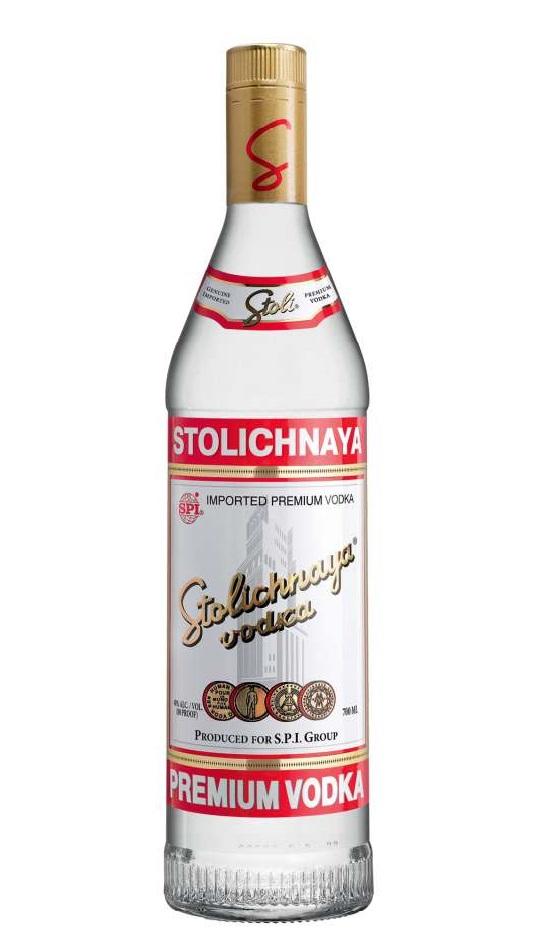 The word “водка” or “vodka” is a diminutive of the Russian word for water, “вода” pronounced “va-da”, and thus loosely translates to “little water”

From 1901 until Russia’s entry into World War I, “Moscow State Wine Warehouse No. 1” made vodka for internal consumption within Russian borders. Several years after the Bolsheviks came to power, they restarted the factory under the ownership of the Soviet Union. During World War 2, the factory made “Molotov Cocktail” weapons.

No one is completely sure when the first batch of Stolichnaya Vodka was distilled. Some say 1938, others 1946 or 1948. It was introduced to the world at a trade show in Bern, Switzerland in 1953 and won a gold medal there.

In 1972, the PepsiCo Corporation struck a deal with the Soviet government trading the exclusive rights to import and distribute Stoli in the US in exchange with providing Pepsi products for distribution in the Soviet bloc, making Pepsi the first American brand to be marketed to the citizens of the Soviet Union.

The factory kept the name “Moscow State Wine Warehouse No. 1” until 1987, when it was renamed Krystall.

Those who found this spot were: