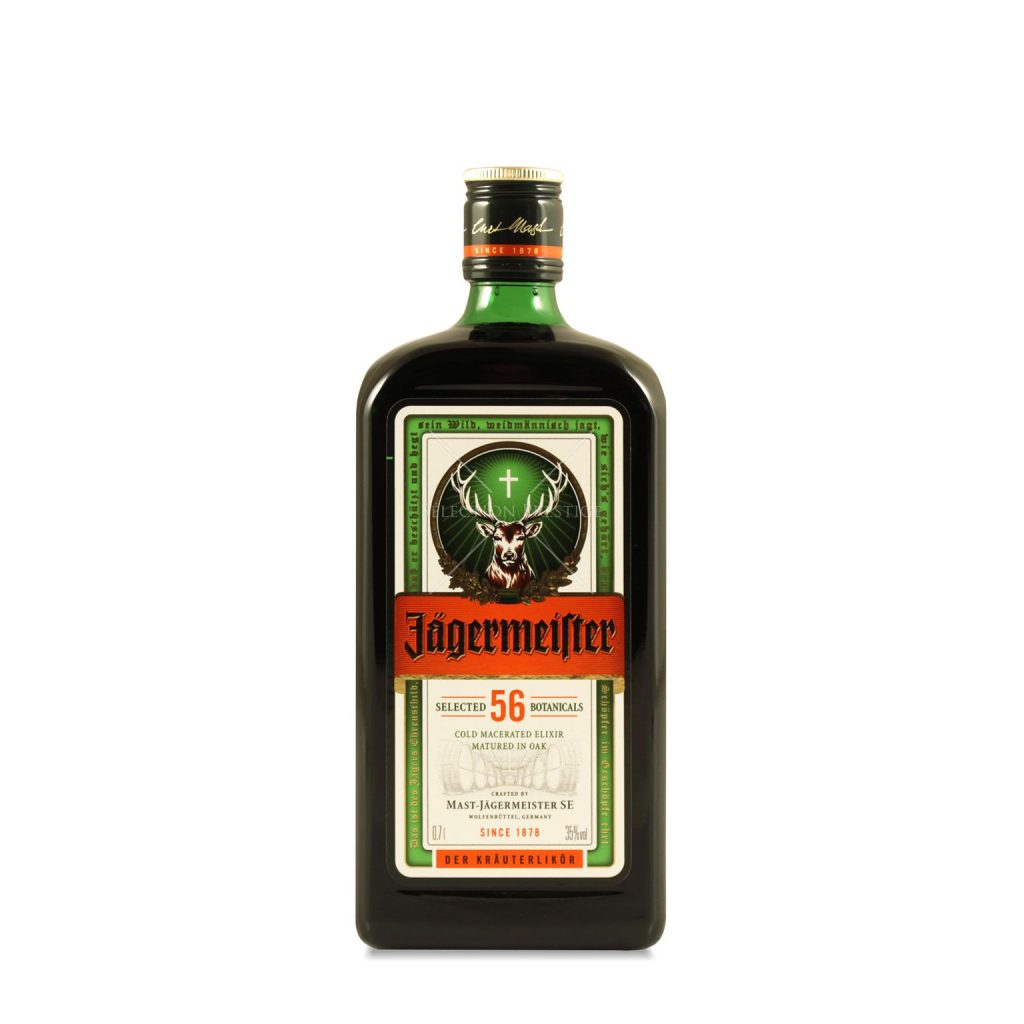 There’s some intrigue about the name Jägermeister (or “Master of the hunt”). The company was created by Curt and Wilhelm Mast in 1933. That same year, Curt joined the Nazi party. In 1936, Wilhelm left Germany for Brazil — his Jewish girlfriend became an issue with the Nuremberg Race Laws. In 1938, Hermann Göring declared himself Reichsjägermeister. Wolfenbüttel was a very popular hunting spot, and there were rumors of Göring meeting Mast at a hunt there. Almost immediately after that, Mast introduced Jägermeister.

At any rate, the liquor languished for many years before Curt’s son Günter took over the company. Günter was an early adopter of sports sponsorship, he was a fantastic marketer who got the brand into the hands of drinkers all over the world.

Jägermeister is an herb-based beverage. Because of the stag on the label, there were rumors for many years that the recipe contained stag’s blood. But the company has effectively squashed that by being certified as vegan by the German Government.