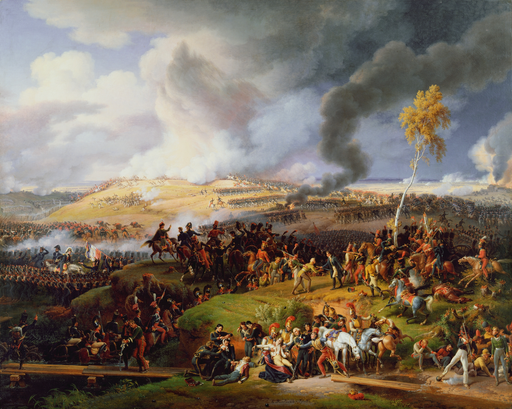 You know that old saying “Won the battle but lost the war”?

In 1812, Napoleon had it bad for Russia. He wanted to conquer Russia, and Borodino was his last stop before Moscow. The little colonel put over 150,000 battle-hardened soldiers on the field against a similar number of defenders.

When the day was done, the French had held the field, but at a heavy cost. They lost well over 30,000 soldiers, including a healthy chunk of their leadership.

Borodino is considered a pyrrhic victory for Napoleon. The French took Moscow but were so weakened that Tsar Alexander was under insufficient pressure to sue for peace. Unable to fully capitalize on the win, the Grande Armée eventually had to withdraw, in winter, back to France.

The Battle of Borodino plays a pretty significant part in Tolstoy’s War and Peace. Pierre enters the battle as an enthusiastic spectator of warfare and leaves disillusioned and drenched in the blood of his fellow countrymen.

Those who found this site before the hint included: