It’s got a long history. There has two mountain peaks, Pachatata (“father earth”) and Pachamama (“mother earth”), with ancient Inca and Tiwanaku ruins on top of both. The hillsides are terraced, mostly worked by hand. There are no vehicles and no electricity on the island. 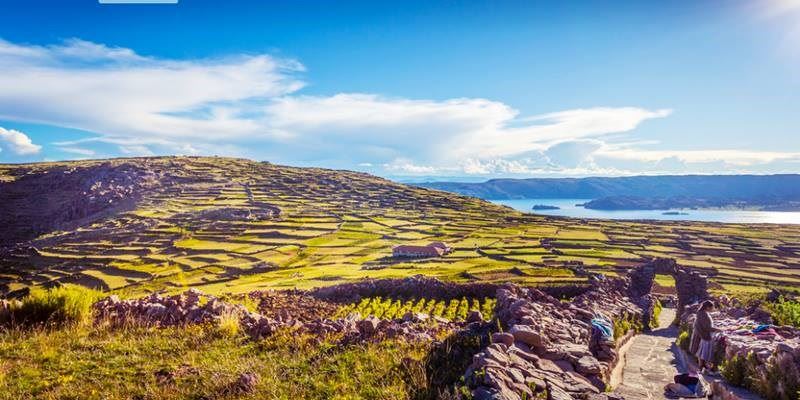