This week’s contest was the ridiculously short Bleriot Ferry across the Red Deer River near Drumheller, Alberta, Canada.

The hint was in reference to the fact that the first operator was Andre Bleriot, brother of aviator Louis Blériot who was first to fly across the English Channel.

It’s 103 metres across, making it one of the shortest rides in the world. It probably took me twice as long to write this post as it does to cross the ferry.

If anyone has a spare ferry around, send it to me and we can set up a double ferry ride with no need for the ferries to actually move. Drive-on-off-on-off. 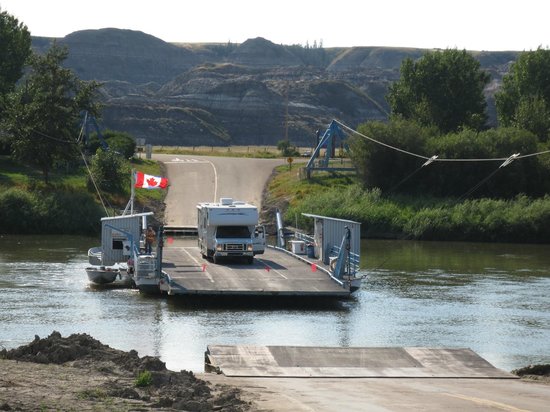 Link to short video of ferry

Those who took no time at all to solve the puzzle: