The Trans Alaska Pipeline runs over 1200 km south from Prudhoe Bay all the way to Valdez, Alaska. The Dalton Highway goes about 666 km to near Fairbanks.

They criss and cross each other and cross numerous rivers on the way, reaching an altitude of 1444 metres at Atigun Pass in the Brooks Range. 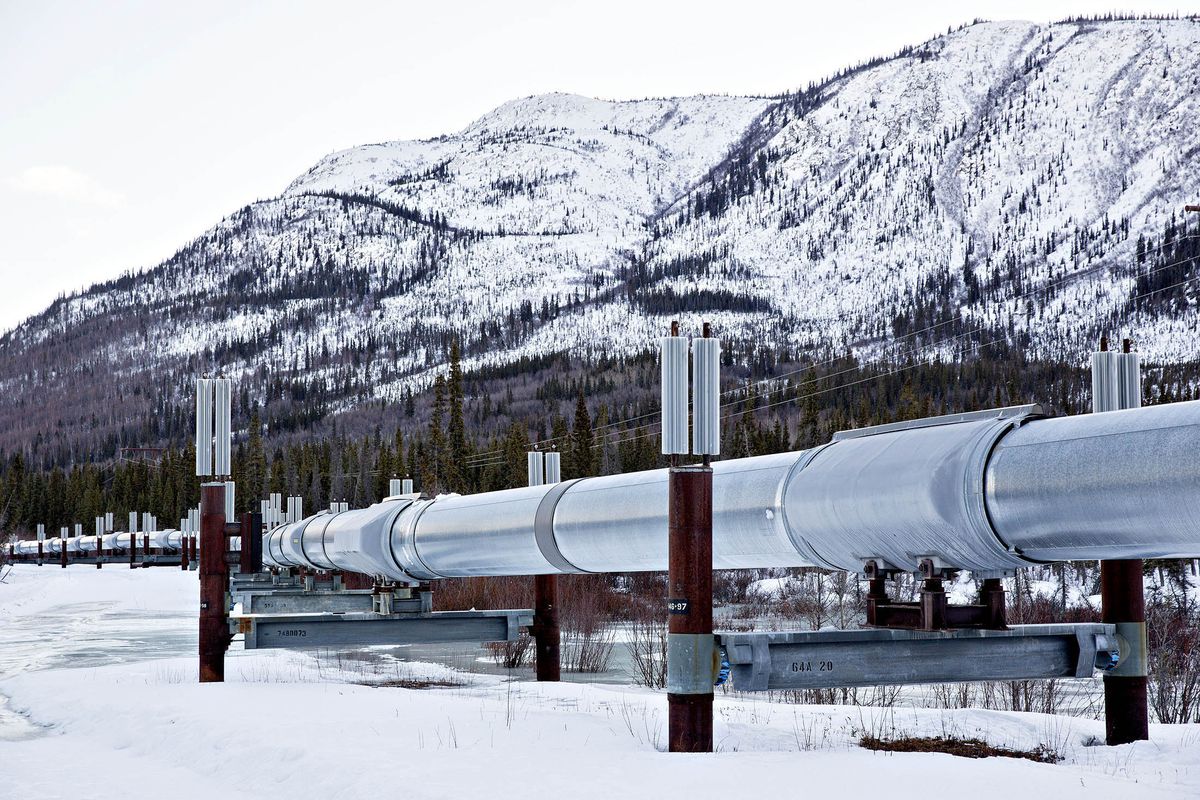