The Malleco Viaduct in central Chile passes across the Malleco Valley, and when opened in 1890 was the highest railway bridge in the world.

Some claim it was designed by Gustavo Eiffel, designer of the Eiffel Tower in Paris. But he just proposed a design that was rejected in favour of a design by Aurelio Lastarria. 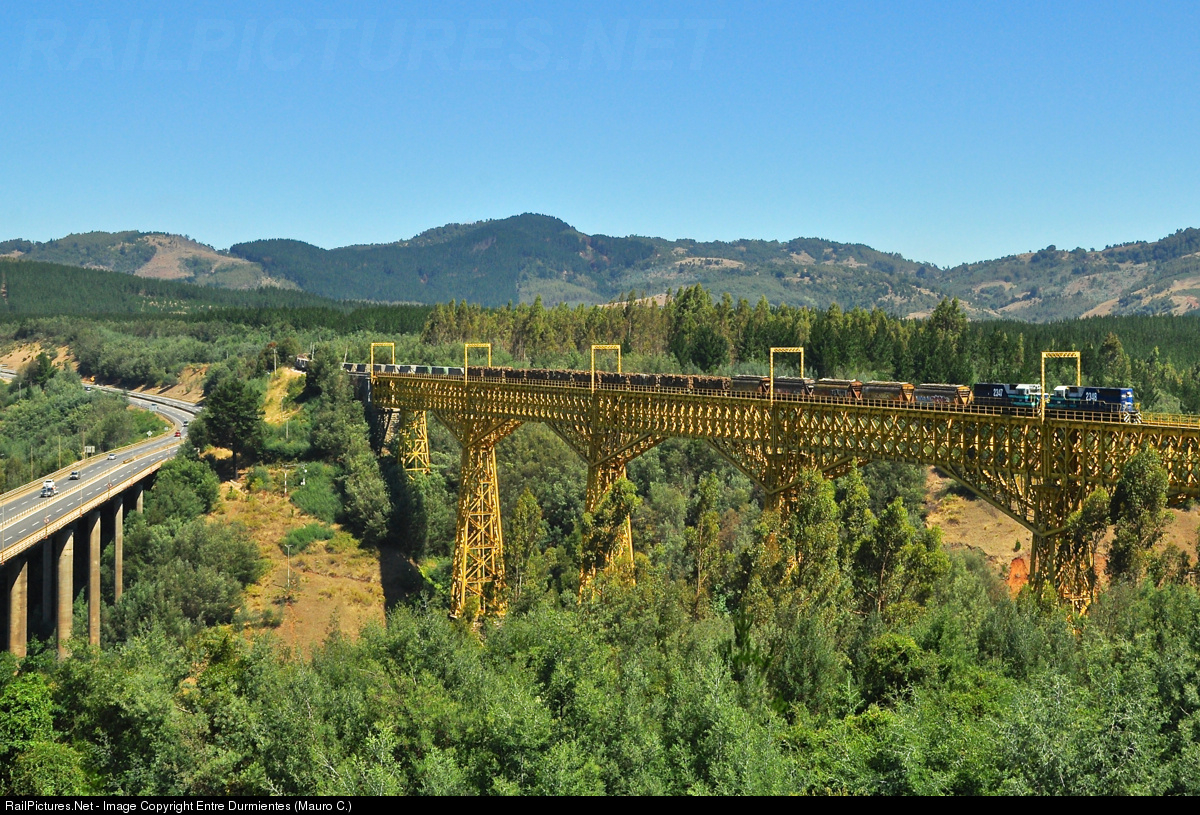