Built in 1914, the Brooks Aqueduct was to irrigate a large section of land near Brooks, Alberta. It was the largest concrete structure in existence at the time and crossed a lowland area. The Canadian Pacific Railway passed through the area and the Aqueduct passed under the railway with an inverted siphon.

The siphon is an inverted reinforced steel concrete pipe that operates on the Venturi Principle. It was built to a depth of 40 feet underneath the tracks and narrows in the middle to increase the pressure on the water passing through. 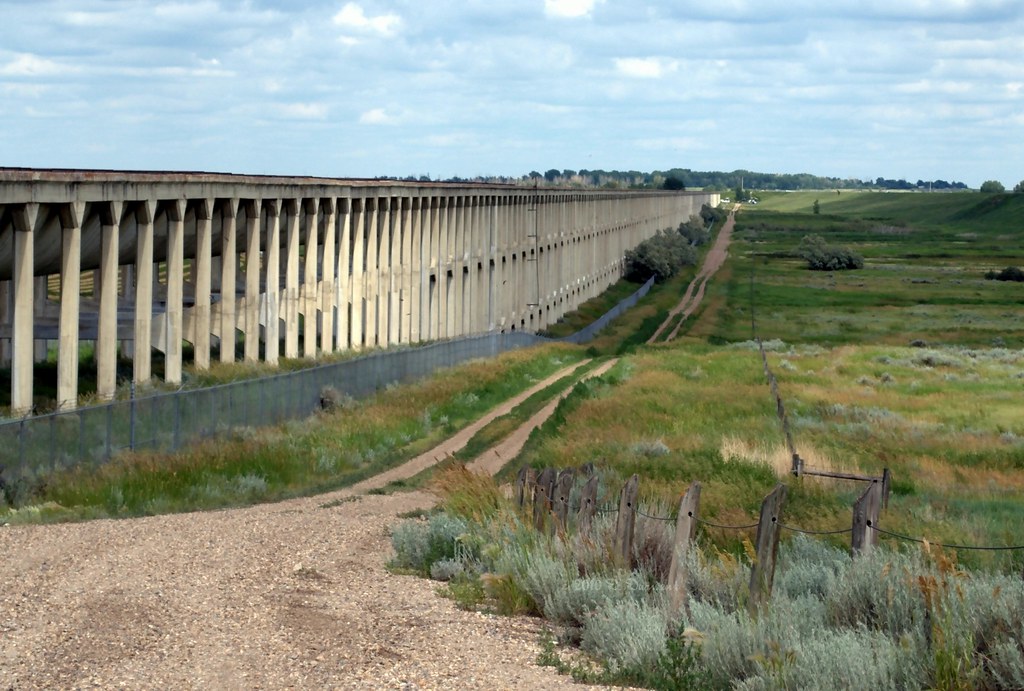