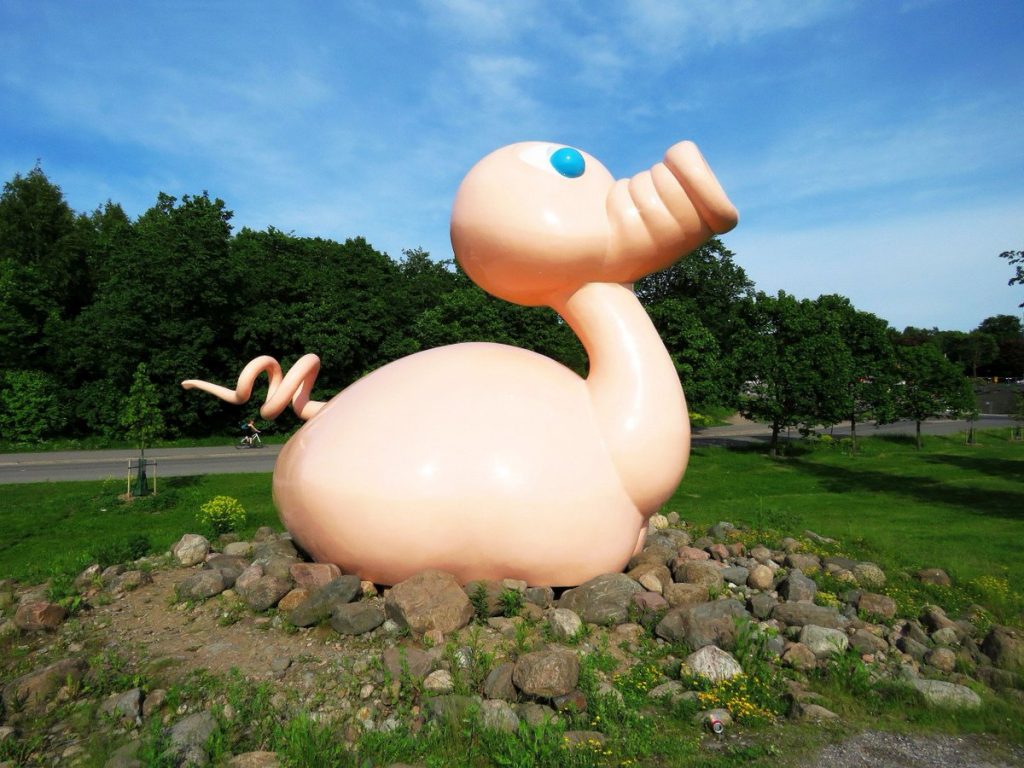 The concept of Finnish artist Alvar Gullichsen, Posankka has been in its current location since 2001. It started out in 1999, however, as a floating work of art: 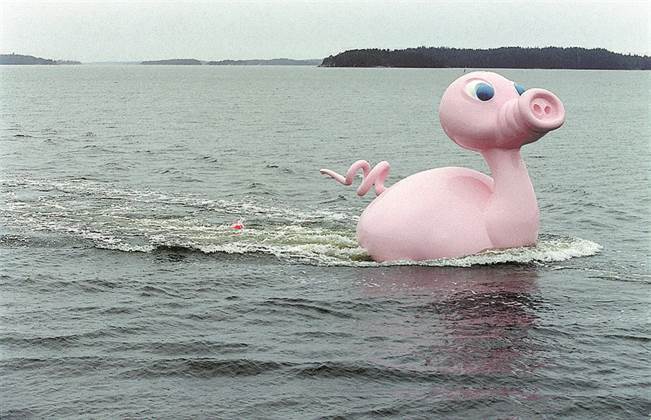 Posankka is a hybrid between a marzipan pig and a rubber duck. While Cullichsen has never said so, many believe it to be a statement against genetic engineering.

At Christmas time, the statue wears a Santa hat: 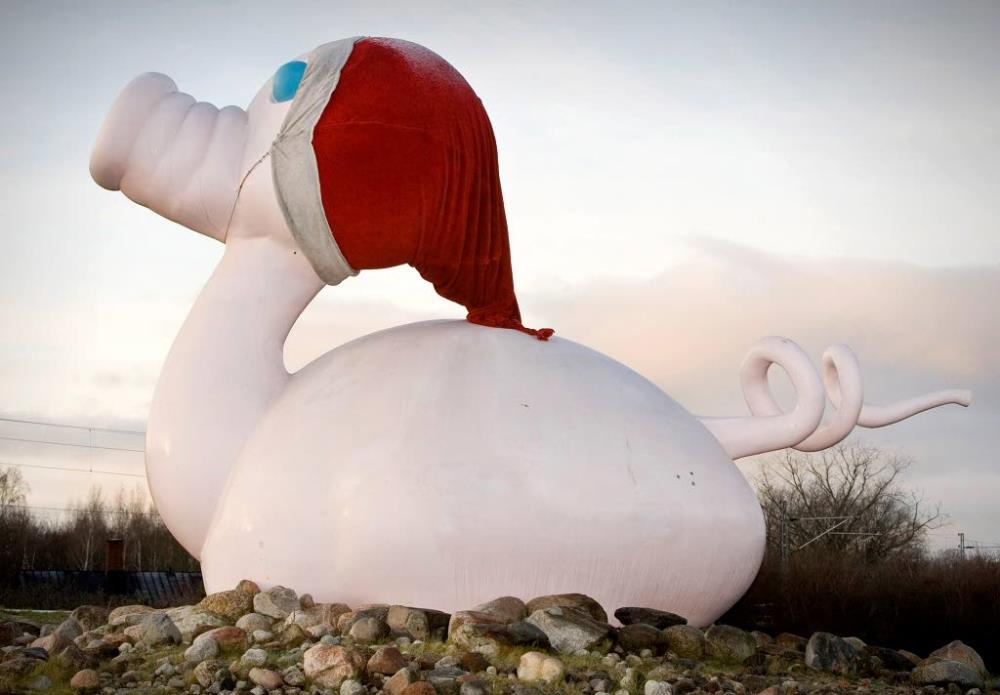 Those who successfully mixed these two species before the hint were: